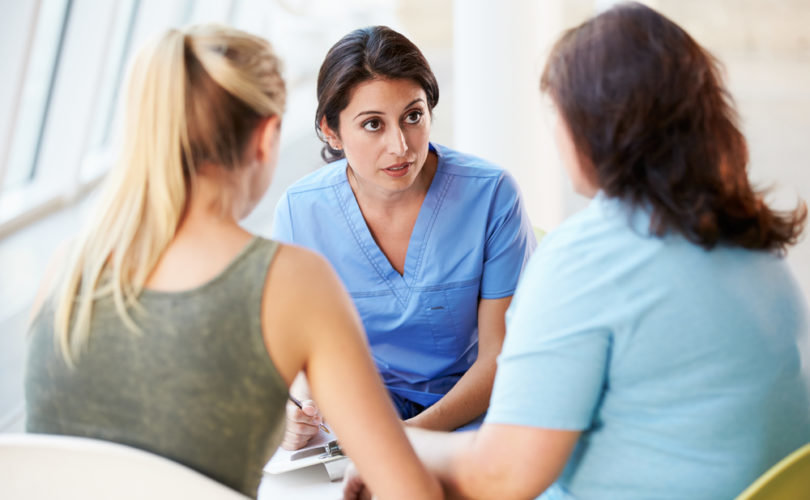 MAINE, September 22, 2017 (LifeSiteNews) — The American Civil Liberties Union and Planned Parenthood are suing the state of Maine to allow non-doctors to commit abortions.

They want nurse practitioners and licensed midwives to be able to kill children in the womb as well.

Filed Wednesday, the lawsuit argues Maine’s law requiring that doctors do abortions violates the “equal protection rights” guaranteed under the Fourteenth Amendment to the U.S. Constitution.

Julie Jenkins is lead plaintiff in the complaint, filed on behalf of her and “two reproductive healthcare providers, four advanced practice registered nurses, and their patients,” the ACLU said in a press statement.

The stepdaughter of a Maine abortionist, Jenkins always wanted to be an abortionist and a nurse practitioner, she wrote in an ACLU blog post.

But while she could abort babies in California, when she moved back to Maine, the law prevented her from doing so, Jenkins says.

California, Oregon, Vermont and New Hampshire all allow “advanced practice nurse practitioners” — which includes nurse-midwives — to do both “aspiration and medication” abortions, the lawsuit states.

In “numerous additional states,” nurse practitioners and midwives can also do medical abortions.

It also claims as part of it “factual statement” that:

Legal abortion is one of the safest services in contemporary health care.

Abortion is far safer than the alternative — carrying a pregnancy to term. The risk of death associated with childbirth is approximately 14 times higher than that associated with first-trimester abortion.

Those are “skewed statistics that are made up out of whole cloth by the abortion industry,” he told LifeSiteNews.

Operation Rescue has exposed the harm abortionists inflict on women along with killing their unborn children on abortiondocs.org, he said.

The site documents the “abortion cartel and its abuses so that the whole truth about the horrific nature of their grisly business can be exposed and stopped through peaceful, legal means,” according to its Mission Statement.

And when Operation Rescue gets “reports of a death, it’s only because we get inside information from the abortion cartel,” Newman told LifeSiteNews.

“Or we see an ambulance and we’re able to acquire the 911 call and through diligent research, we find out.”

The abortion industry itself “fails to report on its own mishaps,” Newman said. “They’re never going to report that a woman has died, never.”

Lakisha Wilson died from a botched abortion in Ohio at age 22;

Christin Gilbert, who had Down syndrome, died from a botched abortion 29 weeks into her pregnancy in Kansas at age 19;

Cree Erwin-Sheppard died because of perforated uterus three days after an abortion in Michigan at age 24.

As for the abortion pill, an FDA Adverse Effects Report gathered data on 1.5 million women from September 2000 to April 2011 who used mifepristone, or RU 486.

It documented 2,207 reported cases of “adverse events” from the abortion drug.

These included 14 deaths, 612 hospitalizations, 58 ectopic pregnancies, 339 cases of blood loss requiring transfusions, and 256 cases of infections, of which 48 cases were considered severe.

“Every abortion kills a child and it’s a tragedy,” Newman said.

“But what’s just as tragic is that women are oftentimes the secondary victims of these abortions, and they’re maimed, and butchered, and killed, at the hands of licensed physicians,” he added.

“How many more women will die and be butchered when less than capable individuals begin [doing] a very dangerous medical procedure?”