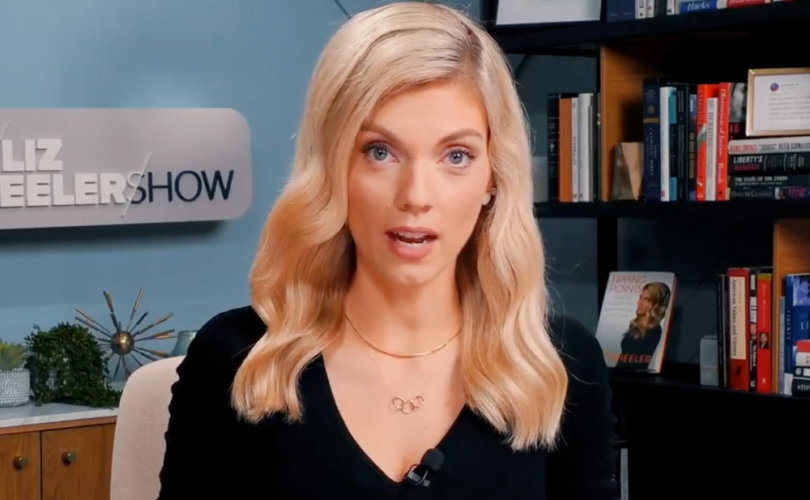 (LifeSiteNews) – According to conservative pundit Liz Wheeler, Planned Parenthood is behind the original use of the term “don’t say gay” that has been used to describe Florida’s recent bill that protects children from being indoctrinated with LGBT values in primary school.

The money behind the “Don’t Say Gay” phrase leads directly to a transgender hormone therapy profit pipeline for guess which organization? pic.twitter.com/siC2qxdsx0

Wheeler posted a video to her Twitter account yesterday outlining her findings on how the term originated with Planned Parenthood.

“This phrase don’t say gay was not coined by CNN, and it was not something that someone happened to say to someone else, and it organically caught fire on Twitter and soon the rest of us were saying it as well. No, no. This was a deliberate effort from an organization who really, really needs this bill not to become law in order to protect their own profit,” she said.

She continued by saying that “Planned Parenthood actually used this phrase Don’t say gay in regards to another similar bill, a bill that was similar to the Florida bill.”

Wheeler referenced a Planned Parenthood blog post from March 2020 that spoke about the Missouri bill. The post read, “During the 2020 legislative session, Missouri introduced a quote don’t say gay bill that takes this a step further. It requires schools to notify the parents before a teacher can mention someone’s gender and or sexual identity, and to notify them before they can talk about different genders, identities and sexual orientation.”

Wheeler believes it was intentional to “launch” the phrase “don’t say gay” into the mainstream because Planned Parenthood is in the business of pushing progressive sex ed.

Reading from the Planned Parenthood’s website, Wheeler said, “We are the nation’s largest provider of sex education, sex education that’s evidence based, they say, and delivered by trained professionals is extremely effective and widely supported.”

“So what does this tell us?” Wheeler asked. “Planned Parenthood is the largest provider of sex education in our country, and they admit they do this in elementary school and middle school and in high school.”

Wheeler opined that the abortion organization wanted to push libertine sexual values as this would increase the desire for abortion as a result of promiscuous sex.

She also demonstrated in her video that Planned Parenthood is an advocate of hormone treatments for gender confused youth. According the website from the organization, youths can receive hormone medications within a week of their first appointment.