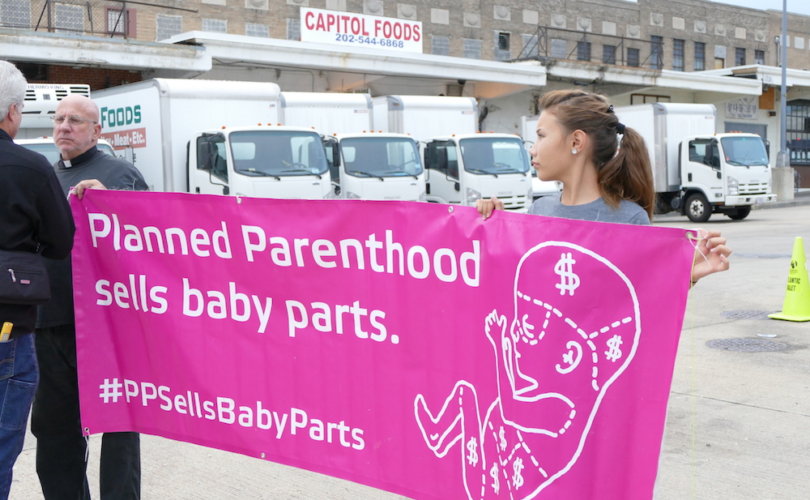 This campaign is Planned Parenthood’s largest midterm election buy-in in its history. The organization’s president, Cecile Richards, is quitting in May. Planned Parenthood has not lined up a replacement and is still facing FBI scrutiny for its role in the trafficking of baby body parts.

“#GAME on,” Marjorie Dannenfelser, president of the Susan B. Anthony List, tweeted in response to the news.

In response to the Trump administration and its policies protecting babies from abortion, “we’ve marched, we’ve mobilized, we’ve organized, and together we’ve built a historic resistance,” said Deirdre Schifeling, the executive of Planned Parenthood Votes. “Now, our electoral program is going to channel that energy and the activism into electoral victories across the country in 2018.”

In Arizona, there is an open House seat formerly occupied by Rep. Trent Franks, a Republican who had a reputation for being strongly pro-life, until he resigned after inappropriate comments to a staffer asking her to be a surrogate mother for his child.

During his re-election campaign, Nevada’s incumbent Sen. Dean Heller, a Republican, will suffer the ire of abortion activists because of conflicting statements he’s made. In April 2017, he promised to “protect Planned Parenthood,” saying he has “no problem” funding it.

But then in September 2017, Heller was one of four senators who introduced an Obamacare replacement bill that would have defunded the abortion company.

Planned Parenthood’s campaigning in the midterm elections is “an attempt to keep politicians in office who will force taxpayers to continue to give the abortion Goliath more than half-a-billion dollars annually,” said Kristan Hawkins, President of SFLA. “We don’t need Planned Parenthood, but with fewer women choosing them all the time, they sure need our money.”

Conservative journalist Liz Wheeler pointed out, “our tax money is being spent to attack Trump.”

Planned Parenthood to spend $20 MILLION in 2018 to oppose Trump.

We, the taxpayers, give Planned Parenthood $500 MILLION every year.

You do the math.

Our tax money is being spent to attack Trump.

People are losing it over the NRA. Now, imagine that they were FUNDED by the government (taxpayers) and spent 20 million dollars pushing the Republican agenda during election season.

The NRA isn’t doing that. But Planned Parenthood is.