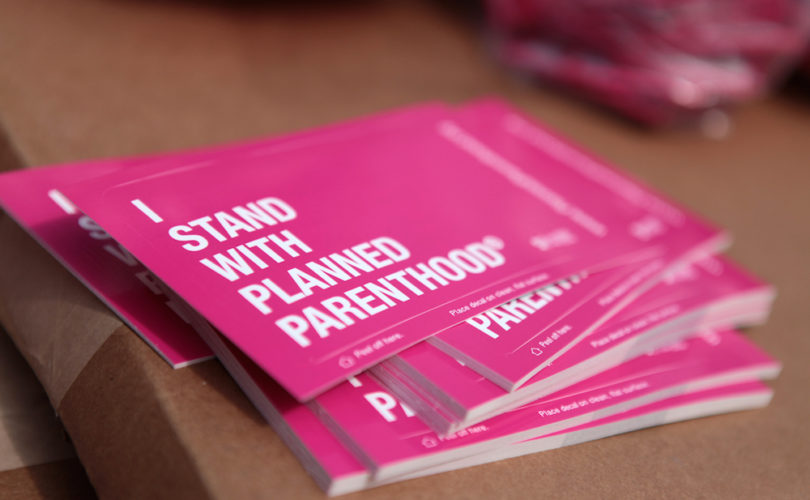 WASHINGTON, D.C., August 8, 2016 (LifeSiteNews) – Planned Parenthood has launched a new effort to influence the 2016 presidential elections which includes registering voters as they enter abortion facilities, the group announced on Friday.

Activists with Planned Parenthood’s “My Voice, My Vote” campaign will set up tables outside the offices of the nation’s largest abortion provider, encouraging those who enter to register to vote. The campaign will also sign young people up for the voting rolls at college campuses, as well as through a portal on its own website, according to officials.

“While Planned Parenthood’s campaign is supposed to be ‘non-partisan,’ we know full well that the goal of Planned Parenthood and its allies is to benefit Hillary Clinton’s election and the Democratic Party,” Arina Grossu of the Family Research Council’s political action arm told LifeSiteNews. “Planned Parenthood endorsed Hillary Clinton, because it would benefit greatly from a Clinton win, given that she is the most extreme candidate in support of abortion in U.S. history.”

Planned Parenthood said it hopes to act as a voice for the impoverished minorities. “Our purpose is to engage historically disenfranchised communities,” Erin Carhart, the Planned Parenthood manager of youth organizing, told The Huffington Post.

The group's founder, Margaret Sanger, longed to reduce the nation’s population of minority and poor children.

The abortion provider will have numerous opportunities to reach out to voters, as it sees 2.5 million patients a year, many at taxpayer expense.

Such a large recruitment effort requires a concerted electoral effort from pro-life voters, according to Dr. Kenyn M. Cureton, the vice president of FRC’s church ministries. “The very least Bible-believing, life affirming Christians can do is register to vote and vote their convictions,” he told LifeSiteNews. “Planned Parenthood proposes to start registering voters at its clinics, on college campuses, online and at other locations. So the least churches can do is set up a voter registration table and help their members register to vote, remind them to vote, and distribute voter guides.”

“If Planned Parenthood leaders are encouraging their constituents to vote, certainly pastors and church leaders should do the same if we ever hope to protect human life in our laws,” Cuerton told LifeSiteNews.

He recommended FRC’s “Christian Citizenship Sunday” materials, which guide a church through how to launch a nonpartisan voter drive.

Jim Backlin, legislative director for Christian Coalition of America, told LifeSiteNews that voters must access, and distribute the information necessary to base their votes on moral issues up and down the ballot.

“The Christian Coalition’s scorecards and voter guides are designed to let Americans know how our senators and representatives in Congress voted on the issues that impact our families,” Backlin said. “It is up to Christians to educate themselves and to do what is necessary to be able to take advantage of the God-given right which all Americans have been given to vote.”

Cuerton acknowledged that pro-life, pro-family voters may be less than enthused with some candidates for office. However, “we still have a stewardship responsibility to impact the political process as the salt and light Jesus expects us to be.”

“This is not a time for pro-lifers to stand on the sidelines,” Grossu added. “As Christians, we have an obligation to vote to protect mothers and their unborn children.”