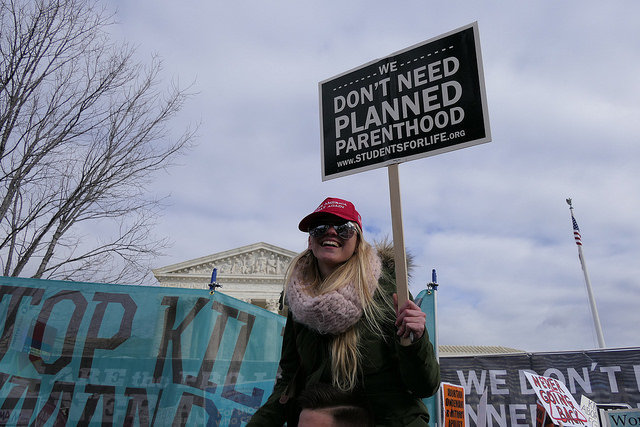 March 7, 2017 (LifeSiteNews) – Planned Parenthood has declined an offer from President Trump to keep – and possibly increase – its federal funding in exchange for ceasing to commit abortions.

The proposal was an “impossibility” for Planned Parenthood officials, the New York Times reported. Planned Parenthood receives nearly half a billion dollars from the federal government annually. Its non-abortion services are able to be billed through Medicaid.

Planned Parenthood claims abortion is “only three percent” of its business. It commits over 300,000 abortions annually. Ninety-four percent of its pregnancy services are abortion.

“Offering money to Planned Parenthood to abandon our patients and our values is not a deal that we will ever accept,” said Dawn Laguens, the organization's executive vice president. “Providing critical health care services for millions of American women is nonnegotiable.”

Planned Parenthood is proud to provide abortion—a necessary service that’s as vital to our mission as birth control or cancer screenings. https://t.co/TWGOcVjBJ4

“Today, Planned Parenthood dropped the mask and showed how extreme their abortion business really is,” the Center for Medical Progress (CMP), the organization that exposed Planned Parenthood organ harvesting, said in a statement. Its abortion program “is the largest the country but…they claim is 'only 3%' of their business. When asked to choose between full-spectrum, mainstream healthcare for women and families, or late-term abortions and selling baby body parts, Planned Parenthood chose the latter.”

“Congrats to the New York Times for getting Planned Parenthood to admit it is all about the abortion business, and always will be!” CMP posted on Facebook.

During his Joint Address to Congress, Trump promised to “invest in women's health.” Pro-lifers have reclaimed the phrase as they champion redirecting Planned Parenthood funding to comprehensive women's health centers.

A Congressional Panel and a U.S. Senate committee referred Planned Parenthood for criminal prosecution last year for its involvement in the fetal body parts trade.

This evening, House Republicans released a draft of an Obamacare replacement bill. It would defund Planned Parenthood of most of its federal funding. The draft also bans federal funding of abortions. However, a 1995 precedent may allow strict Senate rules to remove the funding restrictions on abortion.