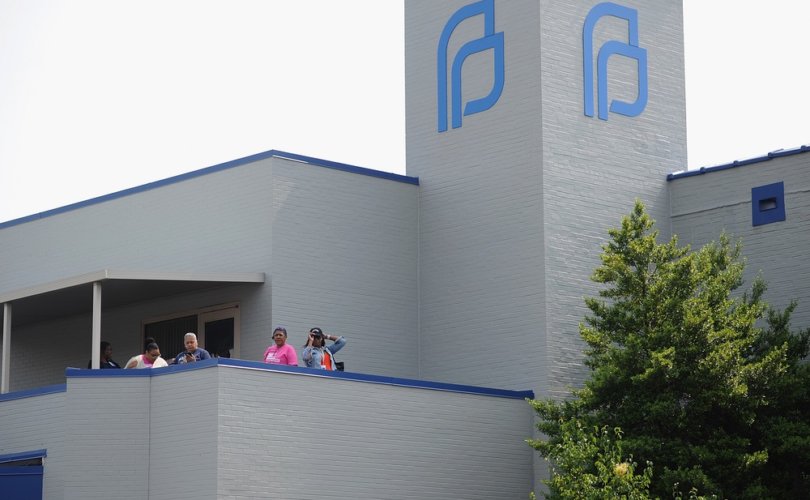 “This 2021 report provides further evidence that Planned Parenthood continues to prioritize abortion,” pro-life social scientist and Catholic University of America professor Michael New wrote in his analysis at National Review. “Indeed, Planned Parenthood performed a record 383,460 abortions in 2021. That represents approximately 41 percent of the abortions performed in the United States.”

“To put this violence into perspective, this is equivalent to FIVE Super Bowl stadiums,” the March for Life noted.

To put this violence into perspective, this is equivalent to FIVE Super Bowl stadiums.

Planned Parenthood thinks releasing their annual report on a Friday night will camouflage the rising body count, but almost 383,460 infants died from their ‘care’ over the last year as they profited in the billions. If your healthcare kills people, you’re doing it wrong.

“While many people suffered during COVID, Planned Parenthood prospered,” Students for Life of America president Kristan Hawkins said. “The nation’s largest abortion vendor ended more lives than ever before, and the largest source of their income was the American taxpayer.”

The abortion corporation brought in $15 million more from taxpayers than the year prior.

“Thirty-seven percent of its income represented taxpayer dollars in the form of government reimbursements and grants,” American Life League’s Rita Diller wrote in her analysis. “At the end of the year, Planned Parenthood showed a profit (income minus expense) of $133.7 million dollars.”

“Planned Parenthood seeks to impose abortion and sexual license worldwide and seizes every opportunity to do so,” Diller wrote. “Its income continues to grow as its abortion business flourishes and its customer base shrinks. This annual report is yet another wake-up call. It is time to STOP Planned Parenthood.”

“Planned Parenthood’s latest report continues to confirm what their mission is about: death and taxpayer funding,”  Connor Semelsberger, director of federal affairs, told the Washington Stand.

The abortion giant promised to keep fighting for abortion in the wake of the reversal of Roe v. Wade.

Shut them down now!

“Who are we going to be,” an intro letter to the report from President and CEO Alexis Johnson and chairwoman Kulleni Gebreyes asked. “This is the question we’ve been asking ourselves, in the final months of nationwide abortion rights under Roe v. Wade.”

“And the answer to that question comes from Planned Parenthood’s mission of providing care [sic] and fighting for everyone’s right to access it, no matter what. The mission doesn’t change,” the letter stated.