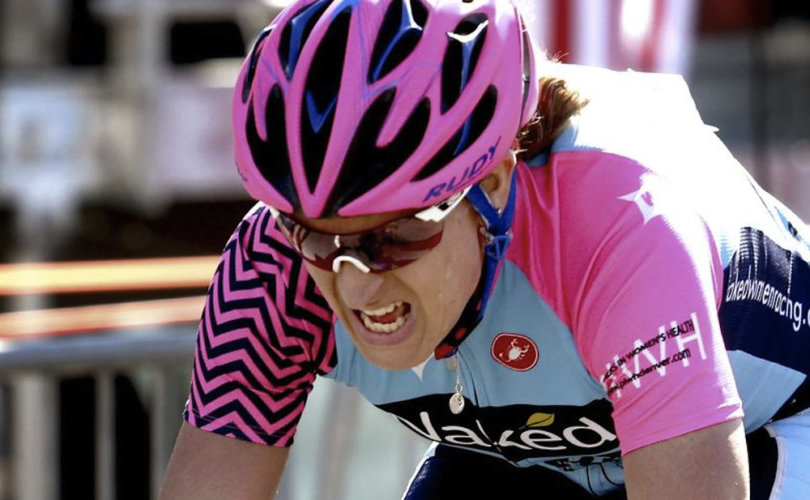 August 10, 2017 (LifeSiteNews) — An endocrinologist said Tuesday that biologically male athletes who compete as “women” are really “feminized males rather than true females,” despite going through medical procedures to have their testosterone levels artificially reduced.

“It's really important to know that while hormones [certainly] play a role in athletic performance, by giving a male estrogen [a female hormone] in suppressing their normal testosterone, there are many aspects of fundamental biology that don't change,“ said Dr. Paul Hruz, appearing on the FOX News’ “Tucker Carlson Show,” with conservative talker Laura Ingraham subbing for Carlson.

Hruz recently co-authored a report in the journal, The New Atlantis, “Growing Pains,” dealing with the growing trend of “transgender” children (often with their parents’ approval) seeking to “transition” to an opposite-sex “gender identity,” and the weak scientific justification for this phenomenon.

Ingraham referenced a study, similar to this 2016 British report, that shows a dramatic rise in the last few years in underage children being treated at clinics for gender dysphoria. “So the cynic says this is big business,” she said, while more “idealistic” people say “this is just people being freer to express themselves.”

Hruz answered, “There's a lot of concern … [that] many children that would normally have realigned their identity … in agreement with their biological sex are moving forward now into hormonal treatment.”

Ingraham noted that some children who are being encouraged to pursue “transgender” transformation supposedly to the opposite-sex gender are very young children, even four, five or six years old: “These are little kids who … you don't let walk across the street without holding their hand, but they're making some pretty big decisions.”

Hruz agreed, and said such pro-“transgender” “social affirmation” and “putting forward the opportunity for this hormonal treatment, progressing … often to surgery” is influencing the developmental “trajectory that these children normally would have.” He said this should be investigated.

Ingraham described the current International Olympic Committee rules that allow people (biologically born female or not) to compete as “females” as long as their testosterone level stays at a certain minimum threshold for one year before competition and asked Dr. Hruz, “Does that make sense to you medically?”

“What’s … questionable about that whole philosophy,” he responded, is that while hormone levels do have an influence, “there are many other components of being a man or a woman. And so, if you take a male and you suppress their testosterone and give them estrogen, they really, from a biological standpoint … are still … feminized males rather than true females.”