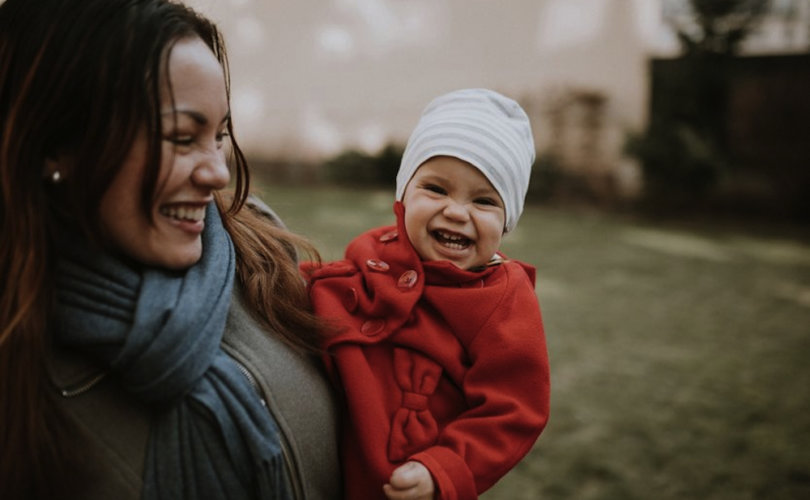 Silje Garmo, 37, fled to Warsaw with her 23-month-old infant Eira in 2017 when she suspected that Norway’s child protection agency, known as the Barnvernet, was about to take the child away.

Garmo is the mother of two daughters. In 2014, the father of her eldest daughter, now 13 years old, reported Garmo to the Barnevernet as an unfit mother. Garmo thinks the agency believed him simply because he was an influential businessman with friends among judges.

In Norway, Garmo said, this is sufficient reason to remove a child from his or her mother.

The mother was made to take a series of drug tests, but the results were always negative, she said. Garmo also alleged that her medical files were accessed without her permission, and nothing untoward was found there either.

Garmo said that in Norway all someone has to do to have a child removed from his or her parents is to contact Barnevernet and it removes the child automatically.

Before Barnevernet could take Eira, Garmo fled to Spain, where she was eventually arrested, thanks to Interpol. But according to the director of Norway’s Christian Coalition, people began to help her.

“Luckily, insightful psychologists and investigators started to unravel what was going on when she returned to Norway,” Pastor Jan-Aage Torp told the Christian Post. And then “she fled to Poland with her baby.”

The Pentecostal pastor said Polish immigration services had concluded that Garmo and her daughter needed protection in Poland but that the Polish government had to make the final decision.

“ … The government had to approve as well in (since this could hurt) Poland´s relationship with a friendly nation, Norway,”  Torp told the Christian Post.

Garmo is not the only parent to take extraordinary measures to fight the Barnevernet. Currently, it is named as the subject of five cases before the European Court of Human Rights.

Torp said Poland’s granting of asylum indicated that the “atrocities” of Norway’s Barnevernet against parents and children are “serious breaches of human rights.”

“The Council of Europe and the European Court of Human Rights have this year made strong decisions and verdicts against Norwegian atrocities,” he told the Christian Post.

“Silje is one of many parents in Norway that are being harassed by the anti-family policies that are reminiscent of the Soviet Union of old.”

This year, LifeSiteNews reported also on the Barnevernet’s removal of a child from his homeschooling parents.