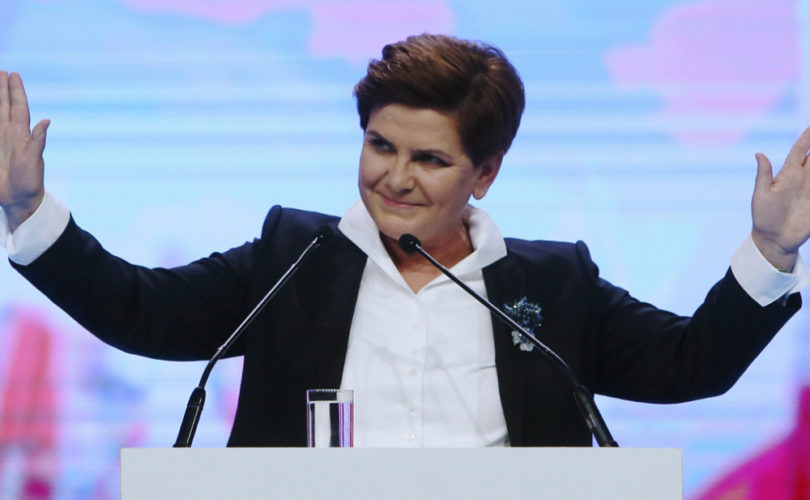 WARSAW, December 7, 2015 (LifeSiteNews) – The new Polish government has begun to live up to its conservative reputation by ending the previous regime’s in vitro fertilization (IVF) program next year, and domestic and international pro-life organizations are cheering. The move cancels a program slated to run another three years at a cost of around 75 million USD.

“It is good news,” Mariusz Dzierzawski of Poland’s Right to Life Foundation told LifeSiteNews. “But it is the first step only. We must fight to make IVF illegal altogether.”

Health Minister Konstanty Radziwill told a parliamentary committee last week that the government wanted to address the issue of procreation with a broader program. Poland has a very low birthrate.

Just before the previous health minister, Marian Zembela, left office, she announced the government’s first IVF program, begun in 2013, would be extended another three years.

“We are glad no more taxpayers’ money will be spent on this,” Dzierzawski said. “But we are against it completely. It is against human dignity because most of the fetuses made by IVF are killed.”

John Smeaton, chief executive of the London-based Society for the Protection of Unborn Children, also applauded the move by the Law and Justice government elected in late October with a slender majority.  “We welcome the Polish government's decision because it is likely that the end of state funding will restrict greatly the practice of IVF in Poland and therefore save many embryonic lives,” Smeaton said in a press release.

“We also express our solidarity with those politicians who vote for policies which serve to save the lives of unborn children. The number of babies born from IVF is far outstripped by the number of embryonic children killed in the process.”

SPUC’s website reports that 68,000 IVF babies have been born in Great Britain since 1978, about 1 percent of the total births. But only one in five IVF efforts is successful and even the successful ones leave frozen embryos behind in the lab and sometimes aborted siblings in the womb.

Smeaton added, “It is inherently abusive of embryos and women. As well as being unethical, IVF is significantly less successful than ethical alternatives such as NaProTech.” This is a procedure that monitors and resolves fertility problems naturally.

The Polish health minister apparently agrees. He told reporters that the “In Vitro procedure is not the only possible way to treat infertility,” adding, “Nowhere is it said that this one area of health must be forever financed with public funds.”

Dzierzawski told LifeSiteNews that the news media and the international pro-abortion lobby were pressuring the government to leave the abortion issue alone but the pro-life movement intended to start a new citizens’ initiative soon. Several times in recent years it has gathered the required 100,000 signatures to force Poland’s Parliament to debate an outright ban on abortion “without exceptions,” said Dziersawski. But the Law and Justice Party was then in a minority and no laws were made.  “Now we hope we have a majority in Parliament,” he said.