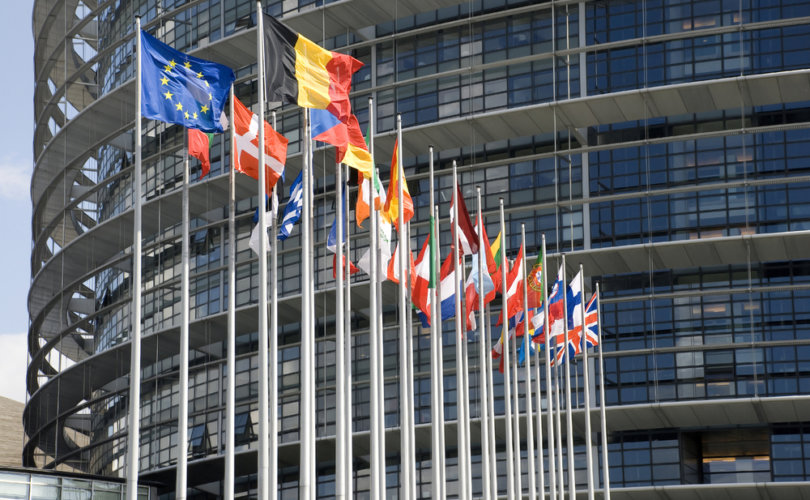 WARSAW, June 15, 2016 (LifeSiteNews) — The Council of Europe’s Human Rights Commissioner criticized Poland’s government for allegedly eroding the rule of law in a report that also called on the predominately Catholic country to institute mandatory sex education and provide unhampered access to contraception and abortion.

Poland is under intense international pressure for both a perceived constitutional crisis and a pro-life grassroots campaign, supported by the Catholic bishops, to bring to Parliament a citizens’ bill that will make all abortions illegal.

The ruling Law and Justice Party (PiS) is “a center-right party that talks about Christian values and respects the social teaching of the Catholic Church” and “opposes abortion, euthanasia and same-sex ‘marriages’,” according to Natalia Dueholm, LifeSiteNews correspondent in Poland.

As such, PiS is under fire from the “secular West” and its mainstream media.

Human Rights Commissioner Nils Muižnieks released his Report on Poland, which is based on his February visits to that country, at a Wednesday press conference in Warsaw.

“Recent far-reaching changes to Poland’s legal and institutional framework threaten human rights and undermine the rule of law, on which the protection of human rights ultimately depends. Lawmakers and the Government should urgently change course,” Muižnieks declared.

Among a number of recommendations, Muižnieks urged Poland’s authorities to “ensure mandatory age appropriate sexuality education” in all schools, and to remove “persistent barriers to access to contraception” and “all the barriers which still hamper women’s access to safe and legal abortion as provided by Polish legislation.”

“A first step is to fully implement the judgments of the European Court of Human Rights, which condemned Poland three times over the last nine years for hindering access to abortion and, in two of these cases, also for failing to treat humanely the women concerned,” he stated.

Muižnieks’ recommendations “to force all Polish children to participate in obligatory and ‘non-judgmental’ sex education” and to give “minors access to birth control” are in flagrant violation of “the constitutional rights of Polish parents to raise their children according to their values,” Dueholm told LifeSiteNews in an email.

A Polish-language critique by the Ordo Iuris Institute for Legal Culture pointed out that “there are legal and factual problems with this Commissioner’s report,” including Muižnieks’ use of the term “SRHR” — sexual and reproductive health and rights — “which does not exist in international law,” she noted.

Added Dueholm: “I hope the Polish people are as interested in what COE demands from them as the Americans are in what UN expects them to do.”

Muižnieks’ report’s release coincided with the deadline set by the European Union — an entity distinct from the Council of Europe — for PiS to respond to the EU’s June 1 evaluation of Poland’s democracy.

Indications are Poland’s besieged government will ignore the deadline, according to a Bloomberg report, with PiS leader Jaroslaw Kaczynski stating that the “EU proceedings are arbitrary and groundless.”

Poland’s current constitutional crisis began before PiS swept into power in October 2015, when the then-ruling Civic Platform, foreseeing imminent defeat, named five judges to the 15-member high court, or Constitutional Tribunal, which had three vacancies, according to a New York Times summary.

The United States and the European Union then pushed the Polish government to accept the Constitutional Tribunal’s decree, and the EU began an inquiry in January, concluding June 1 that the PiS had to abide by the Tribunal’s decision.

Meanwhile, there are now more than 100,000 signatures for the pro-life citizens’ bill drafted by Ordo Iuris Institute for Legal Culture, which means it will be tabled in Parliament, Dueholm told LifeSiteNews.

She expects the bill to be debated in October.

Abortion is now illegal in Poland except in three circumstances: when the woman's life or health is in danger; when the pregnancy is a result of a criminal act, and thirdly, when a doctor believes “the baby has a severe and irreversible handicap or an incurable and life-threatening disease.”

Meanwhile, Human Rights Commissioner Muižnieks in November 2014 refused to hear NGO evidence on the European practice of infanticide: leaving babies who survive abortion to die or killing them by lethal injection or suffocation.

He stated the issue of infanticide did not fall within his mandate, according to a report by European Centre for Law and Justice.