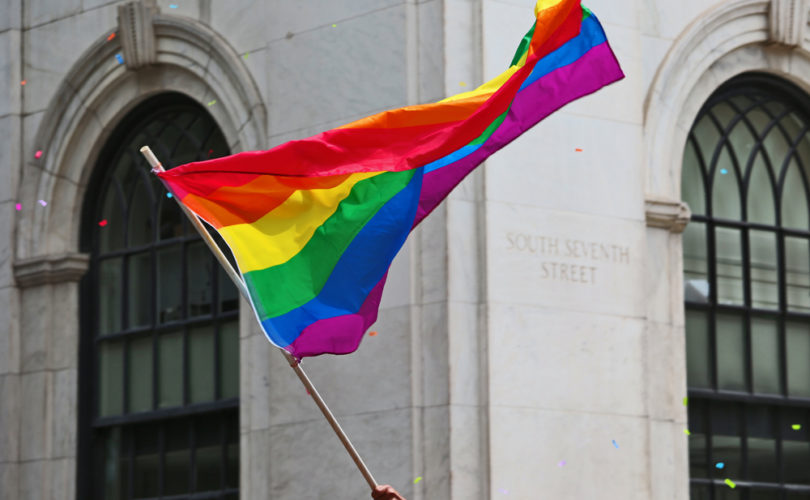 WARSAW (LifeSiteNews) – Last week, Poland’s High Court ruled that the nation’s constitution, which defines marriage as a union between one man and one woman, allows for the legal recognition of same-sex unions acknowledged by the laws of other countries.

On Nov. 3, the Supreme Administrative Court in Poland handed down a judgment that “Article 18 of the constitution cannot in itself constitute an obstacle to transcribing a foreign marriage certificate if the institution of marriage as a union of persons of the same sex was provided for in the domestic order.”

Article 18 of the Polish constitution reads: “Marriage, being a union of a man and a woman, as well as the family, motherhood and parenthood, shall be placed under the protection and care of the Republic of Poland.”

The constitution has long been understood as prohibiting the legal recognition of same-sex unions, and for its defense of marriage, Poland has suffered sanctions from the EU for several years in the form of trillions of dollars of aid being withheld.

It was the interpretation of Article 18 that was challenged in court by two men in a homosexual relationship, Jakub Kwieciński and Dawid Mycek, who obtained a “civil union” five years ago in Portugal and had sought to have their sodomy recognized in Poland. The Governor of the Polish province of Mazovia has refused to recognize their “civil union,” and it was against his judgment that the men brought their case to the courts, resulting in last week’s ruling in their favor.

Poland is a predominantly Catholic country, and together with Hungary, has long refused to bow to the LGBT agenda of the EU, passing laws to protect marriage as a union exclusively between one man and one woman, and banning the teaching of homosexual propaganda in schools. Because of its stance on marriage and the family, Poland has seen funds from the EU frozen, including post-pandemic recovery aid.

In 2020, Poland’s Justice Minister Zbigniew Ziobro warned that the EU was trying to force the country to legalize homosexual marriage by “arbitrarily” withholding funds in the amount on billions of euros. “There is a real risk,” he said at the time, “that we may find ourselves in a situation where the EC will effectively force us to introduce the so-called homosexual marriages with the right to adopt children.”

“Well, we cannot agree to this under any circumstances,” he declared.

In February 2022, the European Parliament made clear that the country’s defense of marriage was one of the principal issues for which it was imposing sanctions, saying of Poland in a court ruling, “The European values of equality and non-discrimination are not respected, especially towards migrants, women and the LGBTI+ community.”

Claiming that Poland does not respect the rule of law in refusing to acknowledge such things as “gay marriage,” the EU invoked Article 7 against the conservative country together with Hungary.

As LifeSiteNews has reported, “Article seven provides for placing economic sanctions on member states and suspending their voting rights. It is intended to isolate them economically and silence them diplomatically. Article Seven, whose history can be read here, is effectively a means of cancelling countries from the former Soviet bloc whose socially conservative values do not agree with those of the West.”

The high court’s ruling last week marks a first step in Poland toward a capitulation to the LGBT agenda of the EU.