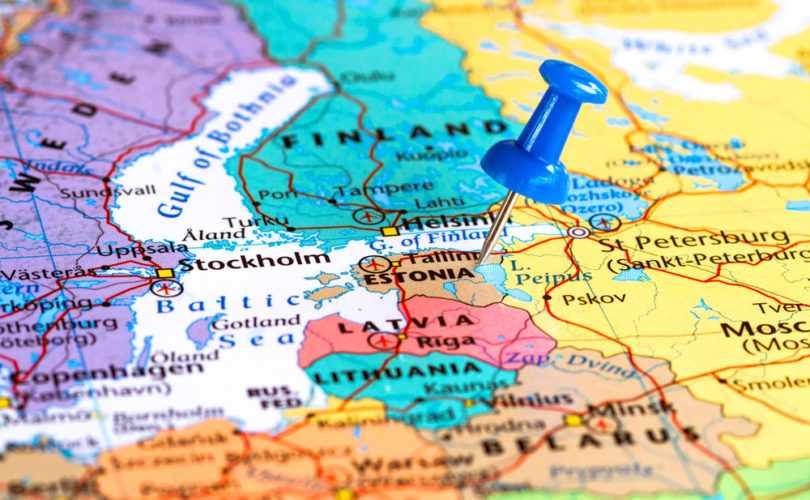 Police prohibited the use of signs and the playing of instruments. They were physically aggressive while enforcing the 2+2 distancing rule.

The 2+2 rule is the formula for the distance one must stand from another. Groups can only be as big as two, and those two in the group of two must be 2m apart. Not only has the state declared that protests can only be in done in numbers of ten or less, those in the protest must also follow the 2+2 rule.

Another man — with his wife and daughter in a vegan cafe down the street — watched as armed police entered the restaurant.

“The big men, with knives attached to their chests, arms on their belts, faces covered with rags behind which only their eyes blinked, refused and did not dare to introduce themselves,” the man recounted. One officer even attempted to take his child away from his wife by force.

On Sunday, April 11, the special services unit of the state descended into the capital region. Dressed in military garb, with plastic ties strapped to their backs (presumably to be used as handcuffs) and police dogs in tow, the forces began to drive the peaceful protestors away from the Riigikogu buildings at Toompea. The protestors backed away from the government buildings and into Freedom Square.

At Freedom Square, Varro Vooglaid saw special forces beginning to harass and humiliate the people. “They were constantly harassing the people to keep 2m apart, physically pushing people aside, and detaining several people in disagreement.” Vooglaid, a lawyer, is the founder of the Estonian Family and Tradition Defense Foundation, an organization committed to preserving and defending Christian values, the family, and freedom in Estonia.

One of the biggest problems, Vooglaid said, is that police are ignoring the law. They would wrongly tell people that holding up signs or playing the guitar on the street was illegal. Now, a new bill proposes to grant police in Estonia more power to enforce coronavirus restrictions. Reporting to Polish media, Voolgaid stated, “The new powers would concern, among other things, fining people, for example for the lack of a legal mask on the face. Moreover, officers would be able to more easily and quickly punish those who break the coronavirus restrictions ‘on the spot.’”

As a result of the excessive use of force by police on Sunday, the police administration had the officers’ names removed from their uniforms. Now, the only way to identify these officers is by a number, as their faces are covered by a mask and their name is removed. When LifeSite asked Voolgaid if the numbers are changed on a regular basis, he responded, “Now, that is the next question that must be asked.”

Vooglaid noted that a police state comes into being when the police are no longer following the law, but rather act above the law. This is what is happening in Estonia. Former Minister of Interior Affairs Mart Helme stated publicly: “The police state is here.”

The head of the police, Elmar Vaher, has claimed that such a massive police operation was needed on Tallinn’s Freedom Square because — according to the memo of the Defense Police — the manifestations had posed a threat to the constitutional order of the Republic of Estonia. However, Vooglaid has characterized such claims as ridiculous, as the protests were completely peaceful and protesters had no violent intentions.

Prime Minister Kaja Kallas denies that any excessive use of power took place. “When rules have been imposed on a society, it is in the interests of those who abide by them that those who do not follow the rules be held accountable,” she argued.

Indications of a society moving towards becoming a police state can be seen all over the world as people are forced to endure lockdowns that have now essentially lasted over a year, to one extent or another. At the same time, protests are increasing in numbers.

Through his Facebook account, Vooglaid encouraged all citizens to continue peaceful protests. Now, however, “the sharpness of the protests should be directed to the government and police and demand real responsibility for their actions.”