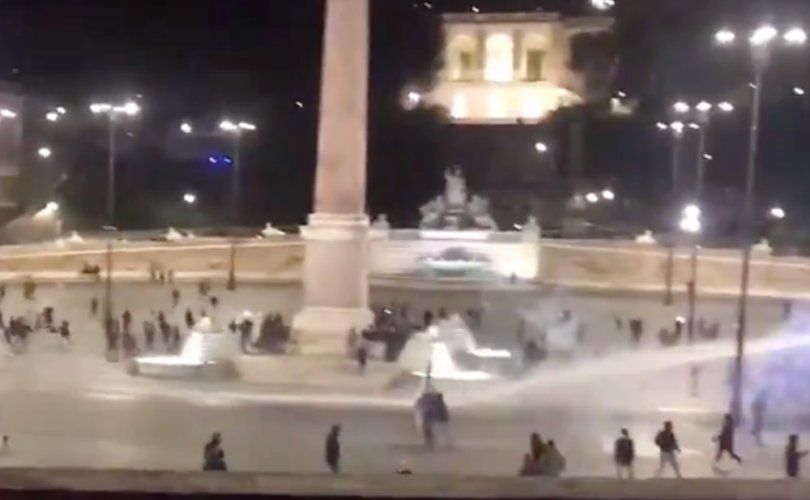 Just witnessed the police attack a peaceful protest in Rome #COVID19 #italia #dittaturasanitaria This is likely to cause further violence pic.twitter.com/WdhmCdryhC

— Article continues below Petition —
PETITION: Ask Pope Francis to clarify and rectify scandalous remarks on homosexual civil unions
Show Petition Text
22766 have signed the petition.
Let's get to 25000!
Thank you for signing this petition!
Add your signature:
Show Petition Text

Since Italy’s Prime Minister Giuseppe Conte announced that bars, restaurants, and cafés could not remain open past 6 p.m., anti-lockdown protests have taken place around the country, often turning violent. Authorities claim that violent soccer fans were responsible for the violence in Turin, the mafia for the violence in Naples, and the pro-life, pro-family, and political organization “Forza Nuova” for the violence in Rome.

The video posted by Roberts shows peaceful protesters being chased from the piazza with water cannons and tear gas. Another video, produced by Guardian News, shows some protesters throwing firecrackers at police after they had been forced out of the piazza, though it is not clear whether both videos are showing the same event on the same night.