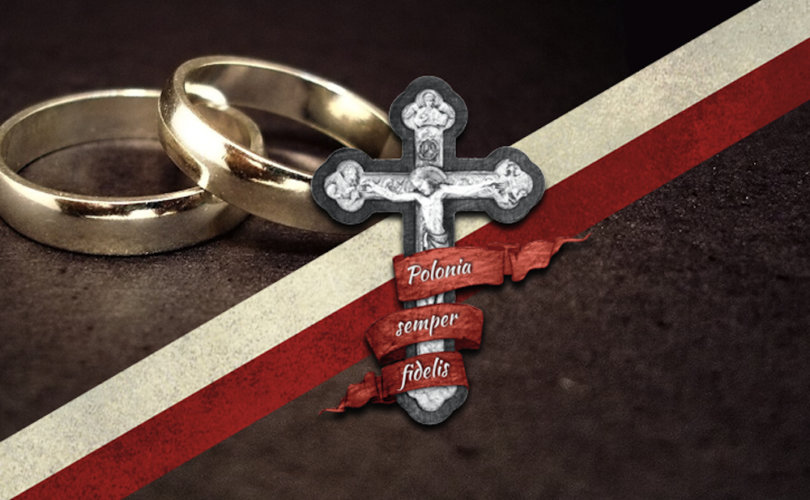 KRAKOW, Poland, February 27, 2018 (LifeSiteNews) — A Polish author, documentary filmmaker, and editor-in-chief of the Polonia Cristiana news website shared his thoughts with LifeSiteNews on the recent petition to the Polish Catholic Bishops Conference to publish a confirmation of Catholic doctrine regarding the sacraments.

Kristian Kratiuk states below that it is a “great novelty” for ordinary Polish laypeople to petition their bishops regarding moral teaching in the conservative, “very clerical” country.

The “Polonia Semper Fidelis” campaign is the first campaign of this kind launched in Poland by lay Catholics. We received news of the tremendous turmoil that is in the Church today due to Amoris Laetitia. For many Polish Catholics, the family is still the most important value, and the indissolubility of marriage is self-evident, even though the great crisis of the family has reached our country as well: we, too, are struggling with the scourge of divorce and “free (love) relationships”.

Many Polish Catholics do not understand why some hierarchies in the West reject the teaching of St. John Paul II, who in his homeland is called the patron of the family. After all, the Polish Pope only confirmed the teaching that stemmed directly from the words of Christ! This (rejection) is unacceptable and inconceivable. That is why the campaign launched by the Institute for Social and Religious Education of Fr. Peter Skarga is enjoying such a huge response. In just a few weeks, more than 50,000 signatures were collected for our filial request to our bishops, who are after all disciples of John Paul II.

And it is worth adding that in order to sign such a petition, it is necessary to show great courage. Poland is a very clerical country, the bishops enjoy great authority, and it is a great novelty to ask them for anything related to morality. But the dramatic situation in the universal Church prompted the organizers to make such an extraordinary effort. Importantly, the petition has signed by many well-known (Polish) journalists and Catholic activists.

It is worth noting that Polish bishops have already worked on the content of the documentary about Amoris Laetitia. Marco Tosatti described the case. (However,) many observers of the Church's life in Poland are worried that something has happened that has interrupted the work of the bishops. Perhaps the shepherds therefore need the support of their sheep because their task can have serious consequences.

Polish Catholics see themselves as a unique group in the world. Our Church (i.e. the Church in Poland) does not experience many of the problems that are common elsewhere. We do not want to make those mistakes that led the West to terrible secularization. This campaign can help.

One hundred and forty thousand signatures is a great success for the organizers. The case is not well known to Polish Catholics – neither the mainstream nor the Catholic media write about it at all. But despite this, very many devout people have taken part, including such celebrity believers as Michał Lorenc, (one of the most important living Polish musicians), the famous actors Radosław Pazura and Dariusz Kowalski, and the director Grzegorz Braun.

You should also know that the campaign’s slogan ‘Polonia Semper Fidelis’ is not new. It has been used in Poland since at least the 17th century as a symbol of fidelity to the Church and the Catholic faith. This year Poland celebrates the 100th anniversary of regaining independence, and it seems that there can be no better time to confirm the Catholicity of our nation. Catholicism is expressed in fidelity to the words of Christ. We know that if we turn away from Him, we will soon end up as people without the Church.

The Polish bishops have not yet replied to the letter. We look forward to seeing if they decide to do so. But the answer is not important. Much more important is how Amoris Laetitia will be interpreted in Poland by our bishops. Will it be interpreted in the manner of our German neighbors or in a Catholic way?

Pope John Paul II, a holy patron of the family, canonized Sister Faustina Kowalska. Jesus said to this nun: “I bear a special love for Poland, and if she will be obedient to My will, I will exalt her in might and holiness. From her will come forth the spark that will prepare the world for My final coming” (Diary: Divine Mercy in My Soul, VI: 1732).

Who knows, maybe a courageous Catholic attitude of the Polish bishops will turn out to be this spark?