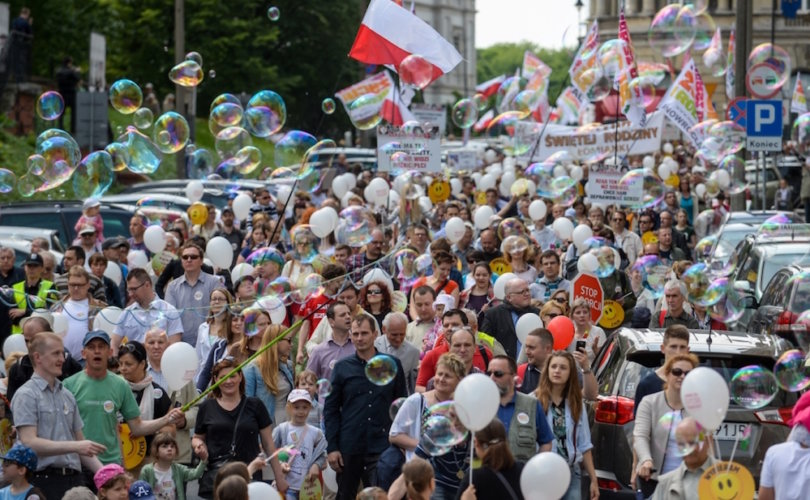 WARSAW, Poland, March 30, 2016 (LifeSiteNews) – The Catholic Church and pro-life groups in Poland have launched a renewed push to enshrine full protections for the unborn, and they believe it has a good chance to pass under the new conservative government.

The current Polish Parliament is controlled by the Law and Justice Party (Prawo I Sprawiedliwość: PiS), which has historically supported pro-life initiatives. Among the legislators, there are also pro-life politicians in the political group Kukiz'15 and the Polish People's Party.

According to a Polish law dating from 1993, abortion is illegal except in three circumstances. First, when the woman's life or health is endangered. Second, when the pregnancy is a result of a criminal act. And finally, when a doctor believes the baby has a severe and irreversible handicap or an incurable and life-threatening disease. Some politicians consider this law a compromise that should not be untouched.

But Poland’s Catholic bishops don’t agree with those politicians. In a statement Wednesday, they called for a total abortion ban.

“When it comes to the protection of the life of the unborn, we can't support the current compromise set out in the 1993 law that allows abortion in three cases,” the bishops wrote in a letter to be read in all parishes across the country on Sunday, April 3. The occasion for this letter was the celebration of the Day of Sanctity of Life on April 4, and the anniversary of Poland’s conversion to Christianity in the year 966.

“We are asking members of Parliament and all people in power to implement legal initiatives and programs that would give concrete help for parents of sick and special-needs children and also of those conceived in rape.” This quote was regularly ignored by mainstream media outlets.

The new law was written by the legal experts from the Ordo Iuris Institute and gives legal protection to all children from the moment of conception. This would make all abortions illegal. The bill specifically states that the doctor who causes an unborn child’s death trying to save women’s life will not be punished. The focus of the proposed law is not punishing women who have abortions; in fact, it leaves that to the discretion of judges. Instead, it increases punishment for abortionists and people who harm pregnant women and force them to abort by ruse or threat. What’s more, it also discusses the state’s responsibility in helping parents of handicapped or special-needs children.

The so-called citizens’ bill will need 100,000 signatures to be introduced in the Parliament and voted on by the legislators. The activists from the Right to Life Foundation will be collecting signatures on streets throughout the country soon. The organization should have no problem reaching this number since they have proved they can collect several times more.

Another pro-life group, the Polish Federation of Pro-life Movements, wrote an open letter to convince members of Parliament to modify the current law and protect all the unborn. They are also gathering signatures online.