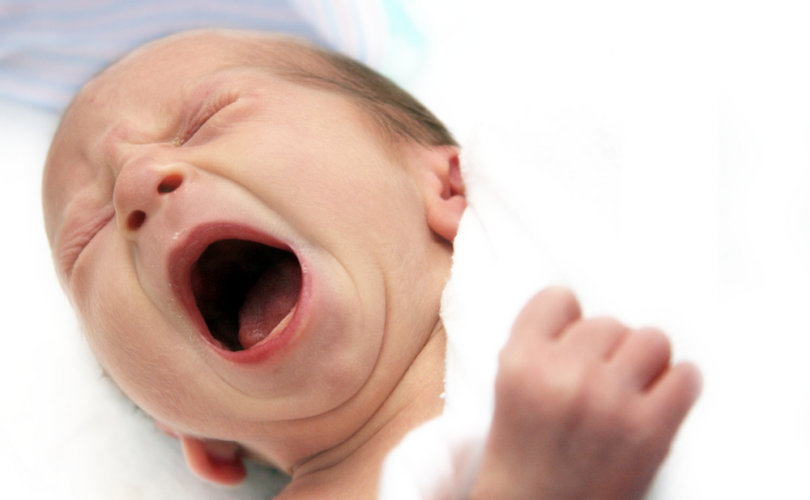 The pro-life bill, which would outlaw abortion of unborn children on the grounds that they are sick or disabled, is a “citizens’ project” signed by more than 830,000 Polish citizens and supported by the Catholic Church in Poland. In theory, a citizens project could become law in Poland if passed by parliament and signed by the president.

As the current government, formed by the populist Law and Justice (Prawo i Sprawiedliwość, or PiS) party, is widely believed to be pro-life, supporters of the bill were hopeful that it would soon be made into law. However, after being passed on first reading, the bill has been in limbo for almost seven months.

On Monday, the committee responsible for examining the bill, the Social and Family Policy Commission, ended their inaction by sending it to an unsympathetic subcommittee.

“Almost all the deputies who were (appointed to it) spoke critically about the “Zatrzymaj aborcję” project,” Przemysław Sycz of the Polish Right to Life Foundation told LifeSiteNews.

“This subcommittee is a ruse ensuring that the bill will not be adopted soon.”

Sycz is afraid that the bill will again sit for months before members of the Polish parliament, or Sejm, are allowed to vote on it.

When the Commission chair asked that the subcommittee’s involvement in the project be put to the vote, Kaja Godek, leader of the “Zatrzymaj aborcję” committee, protested that it had not been possible to present the bill for a decisive vote for more than six months. She also pointed out that there is huge social support for the project.

In response, the vice chairwoman of the Commission, Magdalena Kochan of the PO (Citizens’ Platform) party, argued that the bill was an attempt to outlaw abortion under any circumstances and should be scrapped.

In response, Anna Maria Siarkowska of PiS submitted an application for further work on the project. She said that, like many Polish women, she had participated in many demonstrations in favor of the right to life for all children from conception. According to the Polonia Christiana news blog, this gave lie to the suggestion by PO parliamentarians that all Polish women are demanding the freedom to kill their children.

Kochan’s suggestion was rejected by the Commission chair, Bożena Borys-Szopa, who pointed out that the bill had already passed its first reading in January.

However, it turns out that members of the Law and Justice (PiS) party aren’t supportive either.

“Local PiS deputies block us on their social media, Facebook, for example, when we ask them when unborn children will get legal protection,” Sycz revealed.

He said Borys-Szopa, a member of PiS, had also been contemptuous and arrogant toward the “Zatrzymaj aborcję” project, not even allowing one of its representatives to speak.

Now Sycz is wondering if the PiS party is as pro-life as it has advertised itself to Poland’s largely Catholic population.

“Have they lied to the voters again?” Sycz wondered. “Thanks to today’s trick by Bożena Borys-Szopa and her party colleagues, unborn children will continue to be killed every day with the full sanction of the law.”

Bartosz Gradecki, a PhD candidate in political science at London’s King’s College, says he has long been telling people that the Law and Justice party is not really pro-life.

“They’ve already blocked similar initiatives a few times, and they’re doing it again,” he told LifeSiteNews by email. “Since they always need an excuse for their behaviour so they can continue to pretend they’re pro-life to get the Catholic … vote, the subcommission trick might serve just that function.”

Gradecki surmised that the government might be hoping to prolong the issue until the next elections so that the new parliament will have to deal with it.

The Polish government is under pressure by foreigners to scrap the pro-life bill. In March, a group of self-identified “human rights experts” at the United Nations told the Sejm to reject it.

The UN working group on the issue of discrimination against women in law and practice claimed that the “Zatrzymaj Aborcję” bill, if passed into law, would damage women’s health and violate Poland’s international human rights obligations.

Besides so-called “fetal abnormality,” the other circumstances under which abortion is currently permitted in Poland is if the unborn child is the result of a criminal act, or poses a severe threat to the life or health of his or her mother. As a result, there are usually fewer than a thousand legal abortions in Poland a year.

The vast majority of Poles (86 percent) are Roman Catholics, and in contrast to Catholics elsewhere in Europe, 40 percent to 45 percent still attend church services every week.