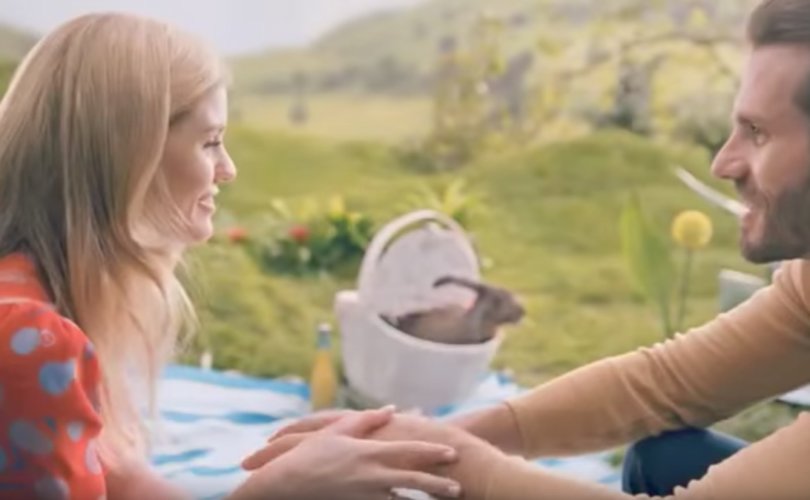 WARSAW, November 10, 2017 (LifeSiteNews) – A cute but controversial advertising campaign funded by Poland’s Ministry for Health is advising would-be parents to be “like rabbits.”

A 30 second television commercial entitled “Króliczki” (“Little bunnies”) features rabbits bouncing around a stylized landscape. A voiceover purporting to be by one of the bunnies says:

“We rabbits know how to parent many offspring. Do you want to know our secret? First, we exercise a lot. Second, we eat healthily. Third, we don’t stress out when we don’t have to. And fourth, we don’t burn the candle at both ends. So when you want to become parents, take bunnies as a model.”

“I know what I’m talking about,” the rabbit continues. “My father had 63 of us!”

At the end of the ad, a man picks up one of the animals and says “We support a healthy lifestyle–Ministry for Health.”

The campaign aims to create awareness among the adult Polish population that healthy living improves fertility.

Watch the ad (in Polish):

The Ministry of Health has been under fire for the 2.7 million zloty ($472,000) campaign. Critics like linguist Professor Jerzy Bralczyk say that the association of fertility with rabbits is “unambiguously negative.” However, Jakub Kubicki, one of the advertisers responsible, defended the choice, saying that the goal was to get the message out to as wide an audience as possible. Not only are rabbits synonymous with fertility in Poland (as in other countries), they are widely kept as pets.

Although one of the most pro-life countries in Europe, Poland also has a birthrate of only 1.32 children per woman. After being questioned about the bunny ads, Konstanty Radziwiłł, the Minister for Health, said that the controversy would draw attention to the insufficient numbers of children born in Poland, as in the rest of Europe.