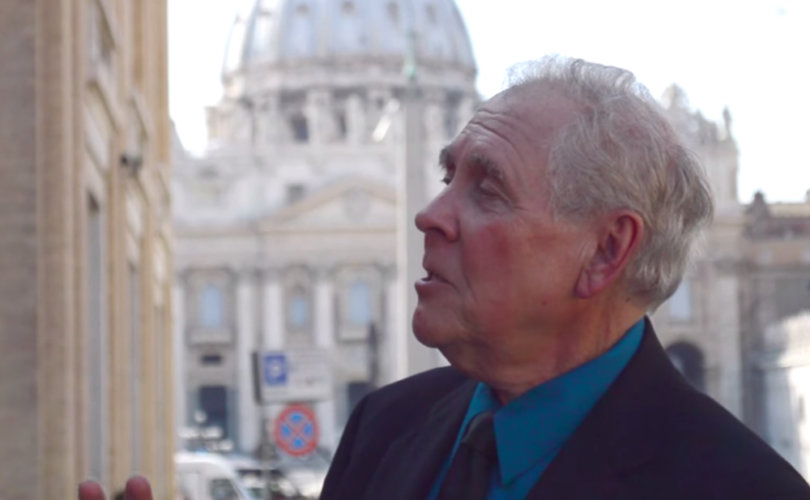 Cameron was happy with the verdict handed down Thursday. His Family Research Institute publishes empirical research on homosexuality.

“I am interested in whether the gays will apologize as widely as they defamed me,” he told LiteSiteNews. “It is good to finally get justice in a court of law. I am so tired of gays' lies being taken as truth.”

Dr. Cameron is an American psychologist, researcher and clinician specializing in sexual social policy. He is one of the world's most prolific scientists on the topic. Cameron published the first random sample comparing heterosexuals and homosexuals that documented the abbreviated lifespan of homosexuals. His published research also covers homosexual parenting.

Cameron visited Poland on numerous occasions to speak at universities and other venues. During his appearance in Warsaw, he was interrupted by obscene and vulgar activists holding a sign, “Gay is OK. F*** you, Mr. Cameron!” Several activists were arrested and fined by the police. The Pracownia Różnorodności group from Toruń was particularly active in attacking the scientist.

Its activists accused him of falsifying his research and called him “a homophobe” and “a liar.” These allegations were spread via internet publications.

Additionally, the activists sent open letters to the presidents of several dozen institutions of higher learning and to the Ministry of Science and Higher Education. This campaign resulted in some universities refusing to host Cameron as a conference guest or panelist, making an exchange of academic knowledge impossible.

Consequently, Cameron, who holds a Ph.D in psychology and is a member of Eastern Psychological Association, filed a defamation suit against the group in September 2014. He was represented by the attorney Jerzy Kwaśniewski from the Ordo Iuris Institute. In July 2015, the district court sided with the plaintiff.

The court decided that the LGBTQ association's actions defamed Cameron's good name and scientific reputation. The judge ordered the defendant to publish an apology on the group's website and to send letters of explanation to the university presidents.

Both sides appealed the ruling. The judge rejected the 30,000 PLN (approximately $8,000) in compensation sought by Cameron.

The appeals court in Gdańsk upheld this decision, similarly rejecting the financial compensation that was intended for a non-profit organization.

Kwaśniewski explained to LifeSiteNews that as a result of the appellate court upholding the defamation ruling Pracownia Różnorodności must send the apology to presidents of some 35 universities in Poland and to the Ministry of Science and Higher Education. The activists will also have to add a correction to all the defamatory articles published on the organization’s website, stating that the article infringed on Cameron’s good name and scientific reputation and that the LGBTQ group apologizes for the defamatory content.

“The verdict of the appeals court confirms that under Polish law it is unacceptable to attack the opponents of LGBT circles only because they pronounce unfavorable scientific research,” Kwaśniewski wrote.

LifeSiteNews contacted Pracownia Różnorodności via email but did not receive an answer.