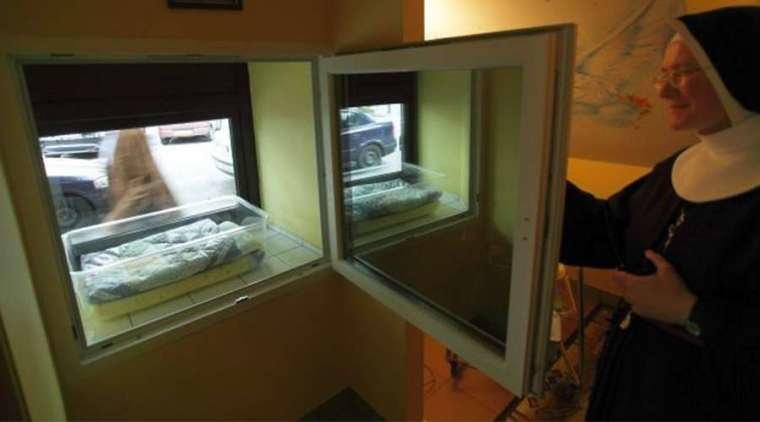 A Franciscan Sister of the Family of Mary in Warsaw, Poland, stands near a 'window of life' box.Archdiocese of Warsaw

WARSAW, Poland, August 25, 2020, (LifeSiteNews) – Franciscan religious sisters in Poland discovered a newborn baby in their convent’s ‘window of life’ box, a place for parents to leave a baby whom they can no longer take care of. It is the 18th baby who has been left there in almost 12 years since the box was put in place.

On Monday morning, according to Catholic News Agency, Franciscan Sisters of the Family of Mary in Warsaw, Poland, found a baby girl in their “window of life.” After finding the baby, the nuns, following normal procedures, contacted authorities, who took the baby to the hospital. The baby girl was reported to be healthy and clean.

A note beside the baby said she had been born at 3 a.m. August 24; the nuns named the little girl Zuzia.

On December 6, 2008, the baby box was consecrated by Archbishop Kazimierz Nycz.

Since “windows of life” have been reintroduced in Poland, after disappearing for almost a century, they have saved up to 40 babies, offering mothers in need an alternative to abortion.

In 2012, when baby boxes were attacked by the UN, Archbishop Jozef Kowalczyk defended baby boxes, explaining that they are part of the tradition of the Roman Catholic Church.

Likewise, the director of the Catholic charity Caritas Polska, Father Marian Subocz, said, “We cannot agree to close the ‘windows of life’ since the right to life is the most important of human rights.”