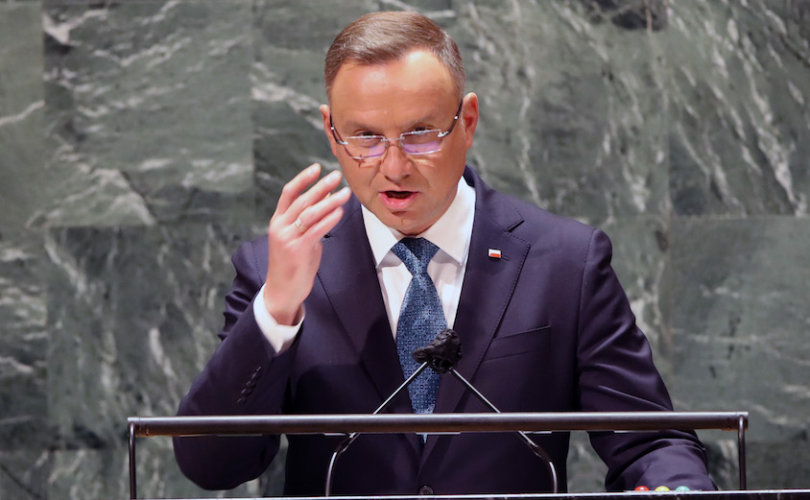 (LifeSiteNews) – Polish President Andrzej Duda said that he is in discussions with U.S. leaders about joining NATO’s nuclear weapons sharing program to counter the threat from Russia, which could mean stationing U.S.-owned nukes in Poland.

“The problem first of all is that we don’t have nuclear weapons,” Duda said in an interview with the Polish newspaper Gazeta Polska. “There is always a potential opportunity to participate in nuclear sharing,” Duda continued, adding that “we have spoken to American leaders about whether the U.S. is considering such a possibility,” and saying that “The topic is open.”

Jaroslaw Kaczynski, who heads Poland’s ruling Law & Justice Party, told German newspaper Die Welt in April that nuclear weapons should be stored on the territory of Eastern European countries and that Poland would be “open” to hosting U.S. nuclear weapons.

Before invading Ukraine, Vladimir Putin demanded that NATO restore the positions it held in 1997, before former Soviet countries joined the alliance. The Russian president has also hinted that he is willing to use nuclear weapons in a recent speech.

Furthermore, Kremlin spokesman Dmitry Peskov said in April that the Polish government “has recently caused deep concern: The line is extremely militant, anti-Russian, and the proposed actions, of course, can only lead to a further increase in tension on the continent,” according to a Bloomberg report.

Poland has been one of the staunchest supporters of Ukraine in the Russia-Ukraine war. In May, Peskov called the rhetoric coming out of Poland towards Russia “hostile” and said that Warsaw could be a “source of threat.”