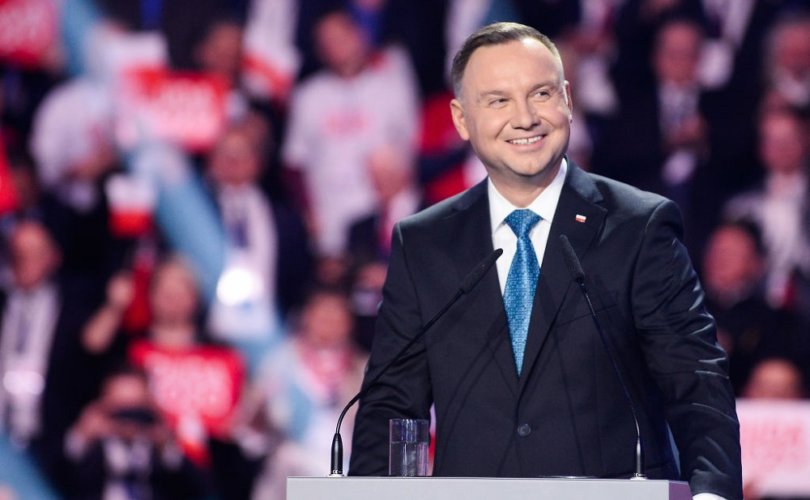 Editor’s Note: Click HERE to read LifeSite’s story on this situation last month, which explains some nuances of Polish politics.

May 4, 2020 (Live Action News) — Under current law, abortions are illegal in Poland except in cases of incest or rape, when there is risk to the mother’s life or health (although, in truth, deliberately killing a preborn child through abortion is never medically necessary), or when the preborn child is diagnosed with a life-limiting condition. Abortions in cases of disability or abnormality in the preborn baby comprise 98% of legal abortions in Poland. But Earlier in April, Polish lawmakers debated a bill to ban abortions on babies with disabilities.

Kaja Godek, a pro-life legislator and head of the Life and Family Foundation, rightly described the bill as protection for disabled children. Godek introduced similar legislation in 2018 that did not ultimately pass. Polish President Andrzej Duda has indicated that he would endorse the latest pro-life law, saying in an interview, “I am a strong opponent of eugenic abortion and I believe that killing children with disabilities is frankly murder. If the plan finds itself on my desk, I will in all certainty sign it.”

The bill has moved to committee for further debate. A date for the committee vote has not yet been set.

Pro-abortion groups have portrayed the coincidence of the COVID-19 pandemic and the debate of this pro-life bill as an attempt to silence pro-abortion protesters. International news coverage has focused on the pro-abortion protests that occurred despite strict social distancing measures in force. However, the life-saving bill is the result of a Citizen’s Initiative which received the support of more than 830,000 Polish residents.

As pro-life groups have previously noted, “Under Polish law, the parliament which formed following the October 2019 election, has a legal duty to consider any Citizens’ Initiative bills which receive over 100,000 signatures within 6 months of its formation — in this case by May 2020.”

In pushing for legislators to reject the pro-life proposal, abortion supporters unwittingly undermined the “self-managed” abortion rhetoric increasingly popular among abortion activists. One pro-abortion organizer explained that the current pro-life laws in Poland have led to an increase in at-home abortions, funded by international abortion groups, and noted that this increase is a risk to women.

Another abortion supporter, Amnesty International Poland Director Draginja Nadazdin, claimed the pro-life bill would “fuel fear and ignorance” — which is ironic, because parents are often pressured into aborting a child with disabilities based on fear and ignorance.

Babies with unknown prognoses or life-limiting conditions do not deserve to be violently killed in abortion. Parents deserve to know that they have other options.