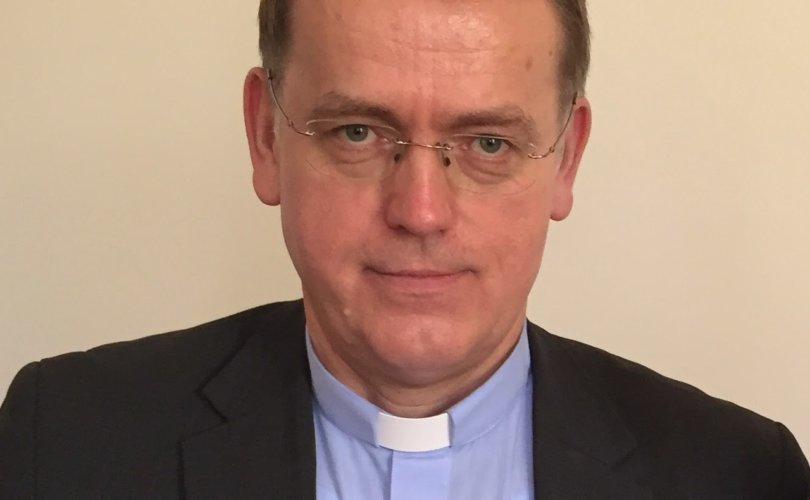 COLOGNE, Germany (LifeSiteNews) — A petition has been launched protesting the sentencing of Fr. Dariusz Oko for his work exposing sexual abuse in the Catholic Church.

On Friday, Fr. Oko, a Polish professor, and 90-year-old German professor Fr. Johannes Stöhr will go to trial in Cologne for their work exposing homosexual abuse in the Catholic Church. A petition has been launched to revoke the sentence. (For the English translation, please see the top right hand corner of the page.)

In 2021, the Cologne District Court claimed that Fr. Oko’s article titled “On the need to curb homosexual cliques in the Church” constituted “incitement to hatred” against homosexuals.

According to Polish magazine Wprost, the court demanded that Fr. Oko pay a fine of 4,800 euros or serve 120 days in jail. Fr. Johannes Stöhr, the editor-in-chief of Theologisches, reportedly was charged as well.

An expert on gays in the priesthood, Fr. Oko is a Polish priest and professor of theology at the John Paul II Pontifical University in Krakow. He wrote a work “about the need to limit homosexual cliques in the Church.”

His work pointed “to the serious and harmful consequences of the activities of the homosexual lobby in the Church structures, including pedophile crimes committed by hierarchs with homosexual inclinations.”

Fr. Oko has written at least two books about the topic titled “With the Pope against Homoheresy” and “The Lavender Mafia.”

A segment from the latter was published in the German journal Theologisches. German pro-LGBT priest Fr. Wolfgang Rothe made a formal complaint to the government accusing them authors of “hate speech,” and both Fr. Oko and Fr. Stöhr were charged.

In addition to the fine, they could face up to five years in prison, depending on the hearing’s outcome. Accordingly, a petition voicing concern to Petition to the District Court of Cologne and German Chancellor Olaf Scholz has been published.

The sentence contradicts “the Constitution of the Federal Republic of Germany, as well as international laws, including the Universal Declaration of Human Rights, which guarantee everyone the right to express their views.”

The sentence is being interpreted as a restriction of free speech. Fr. Oko hopes to get 100,000 signatures before going to court tomorrow. To support Fr. Oko and free speech, please sign the petition here.