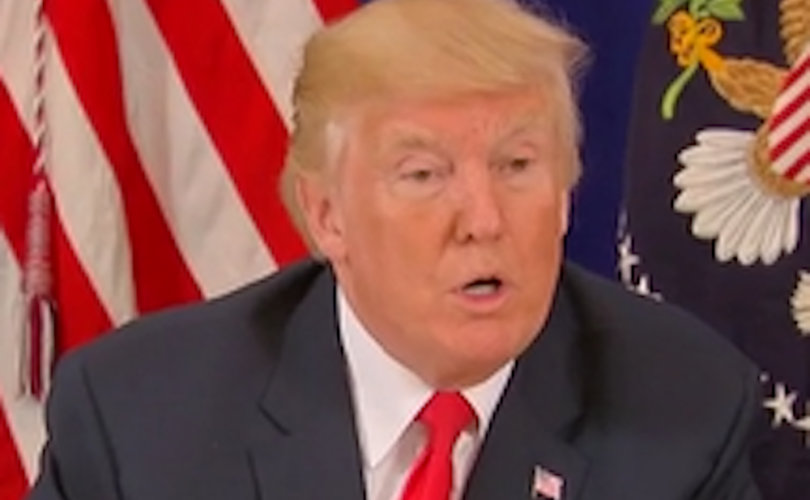 CNN added that James’ office has ostensibly been investigating whether Trump’s business organization “improperly inflated assets on financial statements to secure loans and obtain economic and tax benefits,” with several of the former business mogul’s financial dealings under scrutiny as well.

But allies of the former president say that the investigation, which has been ongoing since 2019, is little more than a fishing expedition meant to harass Trump.

“I think it’s a political persecution, and I know that because she literally campaigned on it,” presidential son Donald Trump Jr. told Fox News’s Tucker Carlson. “She was going to investigate the crimes. The problem is, it wasn’t as though she was a part of this office. She had no idea. But in New York, it’s OK to try to persecute your political enemies, to try to target them, to try to hurt them, and they’ve been doing that for over five years.”

“She said that if elected, she would use her office to look into ‘every aspect’ of my real estate dealings,” former President Trump himself elaborated in a statement. “She swore that she would ‘definitely sue’ me. She boasted on video that she would be, and I quote, ‘a real pain in the ass’ (…) The Attorney General made each of these statements, not after having had an opportunity to actually look at the facts, but BEFORE she was even elected, BEFORE she had seen even a shred of evidence.

“This is something that happens in failed third world countries, not the United States,” Trump declared. “If you can run for a prosecutor’s office pledging to take out your enemies, and be elected to that job by partisan voters who wish to enact political retribution, then we are no longer a free constitutional democracy.”

Trump’s tax returns were a recurring highlight of left-wing talking points during his presidency, with Democrats routinely insinuating that he was trying to hide some unspecified scandal. But when The New York Times published leaked details from those tax returns in September 2020, they revealed little more than, as Center for a Free Economy president Ryan Ellis put it, “a very aggressive taxpayer working with a very talented team of tax professionals pushing every legal tax avoidance strategy they can muster.”

For her part, while her office eventually turned its sights on New York Democrat Gov. Andrew Cuomo for covering up the true number of COVID-19 deaths in nursing homes, politics seems to have been a higher priority for James. Last year, she led a multi-state effort to force states to exempt the abortion industry from the restrictions on in-person services that most legitimate medical fields accepted in the early days of the COVID outbreak.