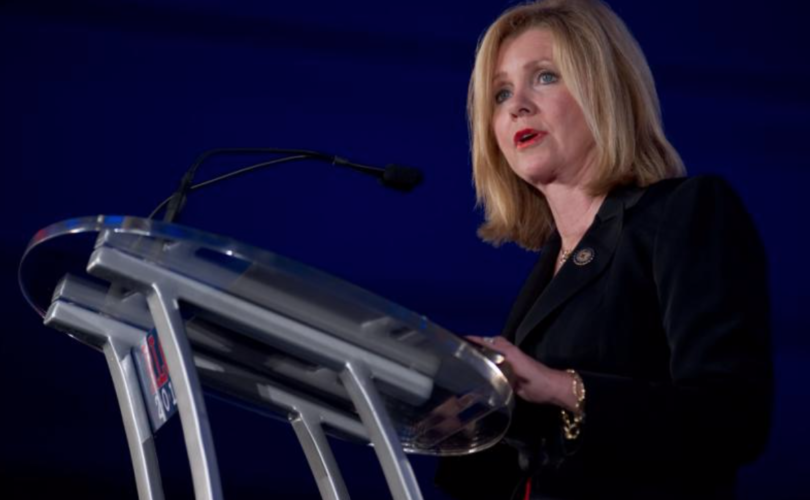 Chairman Marsha Blackburn (R-Tenn.) presented proof that Planned Parenthood was not only making a profit from its organ harvesting ring, but almost certainly breaking federal law in the process.Christopher Halloran / Shutterstock.com

Blackburn is a strong voice on the pro-life issue, particularly through her work investigating Planned Parenthood’s involvement in the baby body parts industry after the Center for Medical Progress (CMP) videos.

The Susan B. Anthony List (SBA List), a pro-life political group, campaigned for Blackburn and visited 30,000 Tennessee voters urging them to support her.

“Phil Bredesen’s pro-abortion record is dramatically out of step with the people he sought to represent – and tonight Tennessee voters delivered victory for a tried-and-true pro-life hero, Congressman Marsha Blackburn,” said SBA List President Marjorie Dannenfelser. “The contrast between Bredesen, who supports taxpayer funding for abortion giant Planned Parenthood, and Marsha Blackburn, who has consistently and courageously taken on the abortion lobby, could not have been clearer. SBA List congratulates Congressman Blackburn and all Tennesseans, who are sending a senator to Washington who truly reflects their pro-life values.”

SBA List tweeted that they are “ECSTATIC” about Blackburn’s victory.

We are ECSTATIC! Congratulations to #ProLife champion Marsha Blackburn on her Senate victory tonight! ����We so look forward to working with Marsha in the Senate!! #TNSen #TNpolitics @VoteMarsha #TeamMarsha #poorTaylorSwift ✅❤️����