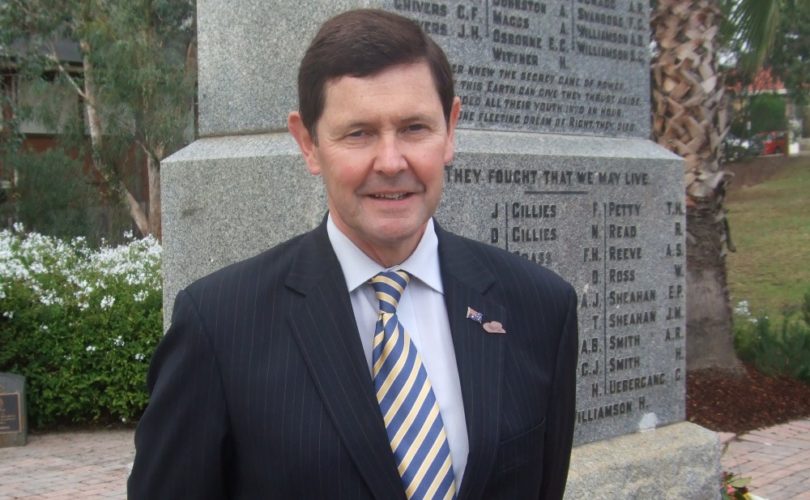 MELBOURNE — The regional World Congress of Families event in Melbourne has been thrown in to further disarray by an exodus of pro-life and pro-family politicians.  The conference had come under sustained heavy attack in Australian media for its “bigoted” and “homophobic” stance on family and life issues.

The latest to cancel is federal minister and senior government figure Kevin Andrews.  In a media release Friday, he said he was pulling out after learning the event would be hosted by Catch the Fire Ministries, which has faced criticism for speaking out against Islam.

“Tolerance is a critical value in a western liberal democracy like Australia. It was for this reason that I intended to address the World Congress of Families meeting in Melbourne tomorrow,” Andrews said.

“The calls for me not to attend demonstrate the intolerance of the Greens and the left – instead of arguing their case in the public arena they seek to shut down debate,” he continued. “Equally, I cannot support intolerance from other quarters. As I have been informed today that the event is now to be hosted by Catch the Fire, I have decided not to attend.”

The Greens are pro-abortion and pro-euthanasia as party policy.  Greens Sen. Larissa Waters moved a motion in the Senate calling on MPs not to attend.  The non-binding motion was passed on a voice vote.

Andrews stated that he withdrew after he had “been informed today that the event is now to be hosted by Catch the Fire.”

Andrews' statement made public the seventh location of the event, which has suffered a rapid series of venue cancellations.  Catch the Fire Ministries had only made their venue available so that the conference could proceed.

Conference organizers had tried to keep the location of the event secret until the last minute in an attempt to sidestep efforts by activists to bully venues into cancelling their booking.  As well as threatening to block entry to attendees, activists also forwarded to local police their own estimates of how many would be along to protest.

Police suggested that a number of venues were unsuitable given those figures, necessitating a replacement venue.  The current venue was booked with less than 48 hours to go.

Victorian Attorney-General Robert Clark has also pulled out from the event, citing the alleged hosting of the event by Catch The Fire Ministries.  Victorian MP Bernie Finn has also pulled out after his family expressed concern for his physical safety.  Both Finn and his daughter were present at the violence-marred March For The Babies last year, an event which Finn spearheads.

The remaining Member of Parliament to attend is Rev. Fred Nile who has a long history of supporting traditional family values.