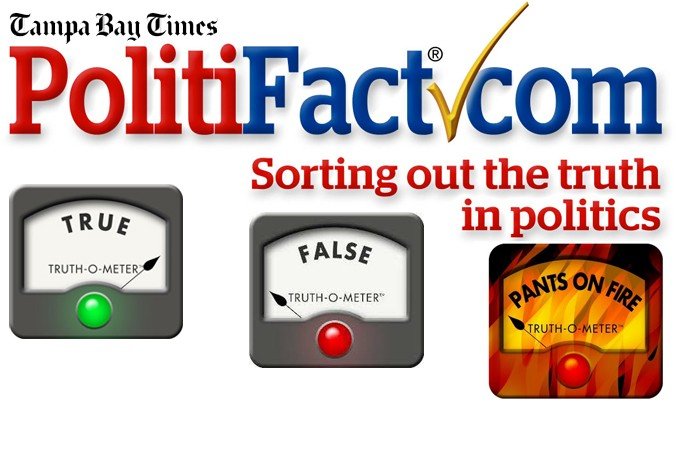 February 20, 2019 (LifeSiteNews) – The left-wing “fact-checking” website PolitiFact took aim at President Donald Trump again Wednesday, this time giving him a “False” rating for how he paraphrased Virginia’s embattled Democrat Gov. Ralph Northam in his State of the Union address.

In a radio interview last month, Northam defended a since-tabled bill that would have allowed abortions up to birth by suggesting that in cases of “severe deformities” or a “nonviable” baby, a born-alive infant would be “delivered,” “kept comfortable,” but after that the child would “be resuscitated if that’s what the mother and the family desired, and then a discussion would ensue between the physicians and the mother.” He later said he had no regrets about his words.

“We had the case of the governor of Virginia where he stated he would execute a baby after birth,” Trump said February 5. “To defend the dignity of every person, I am asking Congress to pass legislation to prohibit the late-term abortion of children who can feel pain in the mother’s womb.”

In his Wednesday piece, PolitiFact’s Warren Fiske acknowledges that Northam spokeswoman Ofirah Yheskel’s official statement on the controversy “did not address reporters’ requests for elaboration on what Northam meant by mentioning ‘resuscitated’ and ‘discussion’ in the same sentence about what happens to a tragically deformed newborn.

In response to a PolitiFact inquiry, Yheskel simply said, “I feel we’ve spelled that out, and I don’t know that I want to go beyond that,” then called it “disgusting and shameful” to suggest “the governor or any medical physician would do anything but provide the family with the best possible care and exhaust all options.”

But despite admitting that “Northam left himself open to some interpretation by declining to clarify his confusing remarks,” PolitiFact ultimately rated Trump’s statement “False” because Northam didn’t explicitly say “he would sanction the execution of newborns,” and suggesting otherwise “misstates and exaggerates Northam’s words in ways that fan division.”

While Trump’s choice of words was obviously meant to elicit an emotional response, it was also consistent with universally-understood pro-life rhetoric – for instance, virtually nobody takes “baby-killing politician” to mean that an officeholder who supports abortion personally commits the procedure. Further, Trump and pro-lifers’ point is that choosing to let a newborn die functionally constitutes a death sentence, which would have been permitted under the Virginia bill.

PolitiFact has a long history of pro-abortion bias in its ostensibly-impartial “fact checks.” It has disputed the accuracy of describing abortion as “death,” promoted the false narrative that a 2011 pro-life bill would have “redefined rape,” and claimed it was “false” to say failed presidential candidate Hillary Clinton supports abortion “on the due date of that unborn child,” despite Clinton’s opposition to any meaningful restrictions on late-term abortion.