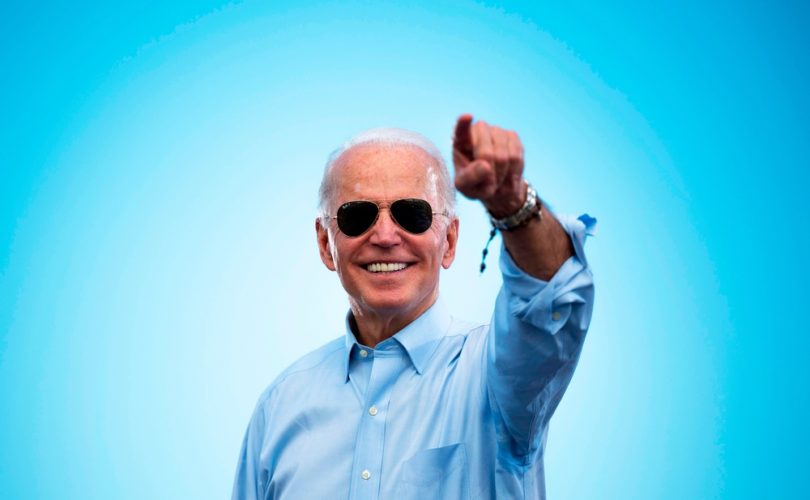 (LifeSiteNews) – A strong majority of Americans and even a significant minority of Democrats believe President Joe Biden is “likely” to be “compromised” by his family’s dealings in Communist China, according to a poll by the Trafalgar Group.

The Western Journal reports that the poll of likely voters asked for opinions on the likelihood “that President Biden is conflicted/compromised when dealing with China due to the Biden family’s personal business dealings in China.”

63.7 percent answered that it was “very” or “somewhat” likely, as did 34.3 percent of Democrats and 72 percent of independents.

The subject of the Biden family’s financial gains from international influence-peddling started drawing mainstream notice in early 2020, when Democrats tried (and failed) to impeach former President Donald Trump for asking the Ukrainian government to help investigate the current president’s role, as Barack Obama’s Vice President, in the ouster of a prosecutor who had been investigating Hunter’ business dealings in the country.

The Biden camp never specifically denied the authenticity of the material, but its allies including Facebook and Twitter took steps to suppress the story under the pretext of “misinformation” and “hacked materials,” despite abundant corroboration.

More than a year after Biden’s victory over Trump, left-wing media outlets including the New York Times and Washington Post have recently begun to admit the authenticity of the material from the laptop, prompting calls for a reevaluation of the original decisions to censor it.

The documentation shed more light on Hunter’s dealings with CEFC, which were previously known to include a deal in which Hunter would receive $10 million a year for three years from a “consulting” contract with the company “for introductions alone.” The prospect of a direct six-figure payment to an account belonging to the president’s son, from what is essentially a Chinese government front, was particularly concerning in light of the fact that the president shared bank accounts with Hunter.