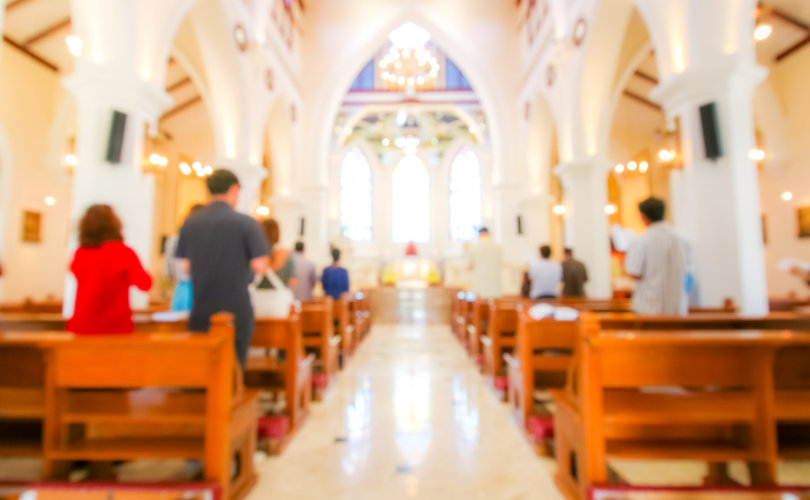 The EWTN News/RealClear Opinion Research poll was conducted from September 12-19, when 1,581 Catholic voters were surveyed by the Trafalgar Group. With 99% of survey participants planning to vote in the upcoming midterm elections, the purpose of the poll is to gauge where American Catholics stand on various issues.

Regarding the critical abortion debate, 75% of participants who attend Mass at least once a week agreed with Roe’s reversal, while 53% of those who occasionally attend throughout the year were in favor of abortion being a “federally-protected right.”

Only 13% of Catholic voters support abortion with no limitations, nearly 20% are in favor of banning abortion at 15 weeks, after the baby can feel pain, and 10% support banning abortion after a fetal heartbeat can be detected.

When asked if they “support public funding for Pregnancy Resource Centers” for “alternatives to abortion,” 67% were in favor and 18% were not, with 14% unsure.

Regarding the current self-professed Catholic president, 47% strongly disapproved of how Biden is “handling his job,” with another 4% disapproving, while 32% approved and 14% strongly approved of his performance.

When asked whether they would vote for a Democrat or a Republican “if the 2022 elections for Congress were held today,” 44% responded that they would vote Democrat, while 48% would vote Republican. Additionally, 58% of Catholic voters did not believe Biden should run for re-election, and only 22% would support a second term. Nineteen percent said they were unsure.

However, 63% of participants were also against Donald Trump running for president in 2024. Twenty-six percent would support his re-election, and 10% were unsure.

According to the results, nearly 70% have children in the public school system. Almost three quarters of Catholic voters were concerned about the negative impact of COVID-19 and lockdowns on childhood intellectual and social development.

When it came to “biological boys who identify as girls competing against biological girls on school sports teams,” 63% strongly opposed and less than 20% supported this practice in any way. At the same time, 53% agreed that “transgender ideology” is contrary to the teaching of the Catholic Church, while 30% did not, and 16% were unsure.

Similarly, those who opposed teaching critical race theory in the classroom outweighed those who supported it by 59% to 28%.

The EWTN/RealClear research team is conducting a series of three polls before the U.S. midterms this fall. In July, the first survey was sent, showing similar results to the September poll. Although the numbers differ slightly, belief in the Real Presence of the Eucharist remains at only 50% among Catholic voters.

The third and final poll will be conducted in the days leading up to the midterm elections, which will take place on November 8.