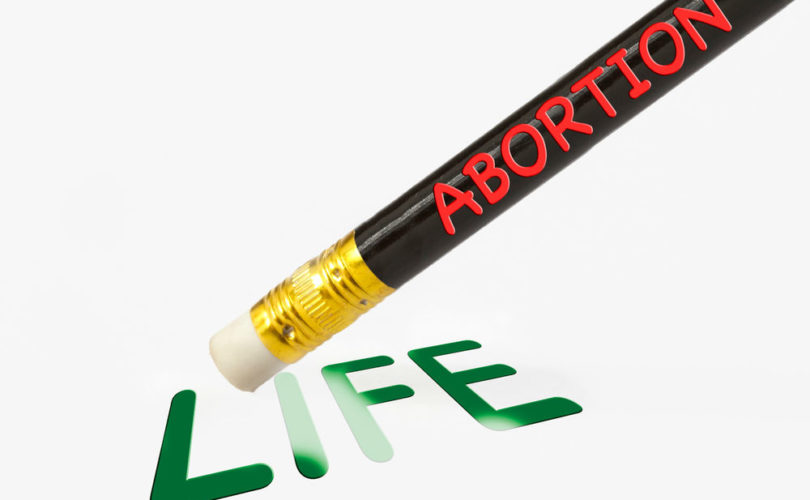 WASHINGTON, D.C., January 16, 2019 (LifeSiteNews) — The annual Marist Poll on American attitudes toward abortion indicated that an overwhelming majority support substantial restrictions on abortions and a majority of those surveyed also want Roe v. Wade to be reinterpreted to allow restrictions.

“Almost two-thirds, 65 percent, would like the Supreme Court to reinterpret Roe in a way that would functionally overturn it,” Knights of Columbus communications director Andrew Walther told reporters on a call.

The survey, conducted in conjunction with the Knights of Columbus, showed that three of four Americans (75 percent) say abortion should be limited to — at most — the first three months of pregnancy, according to a release. Among those identifying as Republicans, that number rises to 92 percent, and 78 percent of Independents also want to see limitations. In addition, most Democrats (60 percent) — and 61 percent of Americans who identify as pro-choice — prefer restrictions.

The study found that 65 percent of Americans believe that if Roe v. Wade goes before the Supreme Court the justices should rule either to allow restrictions as decided by each state (49 percent) or outlaw abortion (16 percent). Fewer than a third of Americans (30 percent) want the Court to rule to allow unrestricted abortion.

Three-quarters of Americans (75 percent) opposed taxpayer-supported funding of abortion outside of the country, and fewer than two in 10 (19 percent) support foreign-aid funding for abortion. Among Republicans, 94 percent are opposed, compared with 80 percent of Independents and 56 percent of Democrats.

A majority of Americans oppose any taxpayer funding of abortion (54 percent to 39 percent), and a majority (55 percent to 35 percent) believe medical professionals with moral objections should be allowed to opt out of performing abortions.

Six in 10 Americans (62 percent) oppose abortions in cases of Down syndrome and 59 percent would ban abortion after 20 weeks except to save the life of the mother. This squares with the finding that a majority of Americans (56 percent) believe that “scientifically” a fetus is “a unique life,” and only 35 percent believe it is “part of a woman's body.” The survey revealed that a plurality of Americans (42 percent) say life begins at conception and only 13 percent say life begins at birth. Most Americans also believe that laws can protect both the mother and her unborn child (83 percent to 10 percent).

The numbers are surprising, given that the strong support for restricting abortion runs counter to the majority of Americans who identify as pro-choice (55 percent).

The poll cited Knights of Columbus CEO Carl Anderson, who said, “The majority of Americans — in both parties — support legal restrictions on abortion. Two-thirds of Americans want Roe revisited to allow for state regulation of abortion or to ban it altogether. The majority of the American people deserve to have their opinions heard.”

The study surveyed adults 18 years of age and older residing in the contiguous United States via random digit-dial interviews. The margin of error was within ±3.7 percentage points.