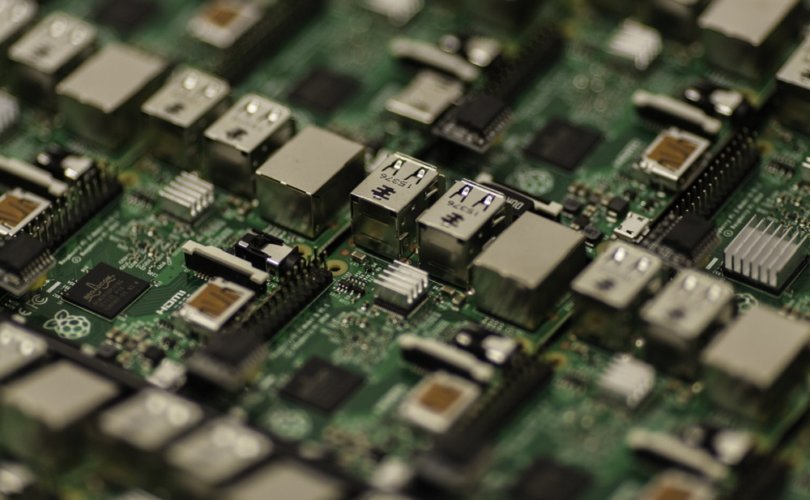 September 28, 2020 (LifeSiteNews) — A science fiction plot could soon become a reality in our society and workforce: a majority of humans implanted with microchips to enhance performance capabilities. According a recent Citrix survey, two thirds of employees in the United States and Europe are worried that by 2035, “humans with chips implanted in their bodies will have an unfair advantage in the labor market.”

In Sweden and the United States, people have already started to insert microchips into their bodies, and notable figures such as Elon Musk are investing into the artificial intelligence (A.I.) technology. Supporters say that having this technology implanted in the body creates a faster work environment, boosts worker performance, and adds convenience. But ethical scrutiny of these initiatives is on the rise, along with concern not only for the economic unfairness created by microchip implants, but also for violations of privacy and the dignity of the human person.

The Citrix survey found that 57 percent of the workers would implant the chips in their bodies if the microchips were safe and boosted performance. CNN reported that back in 2018, “thousands of people in Sweden … inserted microchips in their hands that could one day replace keys and cards.” Elon Musk, the business magnate and CEO of SpaceX, “recently showed off a working brain implant in pigs made by Neuralink,” which is another company founded by Musk to develop brain-computer interfaces. Also detailed by CNN, a San Francisco–based startup called Synchron, partially funded by the United States Defense Department, has begun testing on “an implant wireless device that can stimulate the nervous system from the inside of a blood vessel.”

Though these ideas may sound convenient for today’s fast-paced, materialistic society, several ethical problems arise. As the Citrix survey illustrates, there is a divide between what the employer or business leader wants to achieve through this A.I. technology and the worries and doubts of the workers. In reality, although “seventy-seven percent of business leaders believe that under-the-skin chips and sensors will boost worker performance and productivity by 2035,” nearly half of the workers surveyed — 43% — have a negative view of microchips. As the report highlights, this negativity shifts toward the economic unfairness of human-implanted microchips, since humans without the performance boost could be treated unjustly compared to those who “work” faster or better thanks to artificial intelligence.

Some have pointed to the security and privacy risks microchips pose — for example, the idea that with this technology, human beings lose their autonomy in exchange for being digital slaves to the owners of the microchip companies. Many of these companies are run by governments, corporations, networks, and Big Tech companies that also silence conservative, pro-life, and pro-family voices through social media.