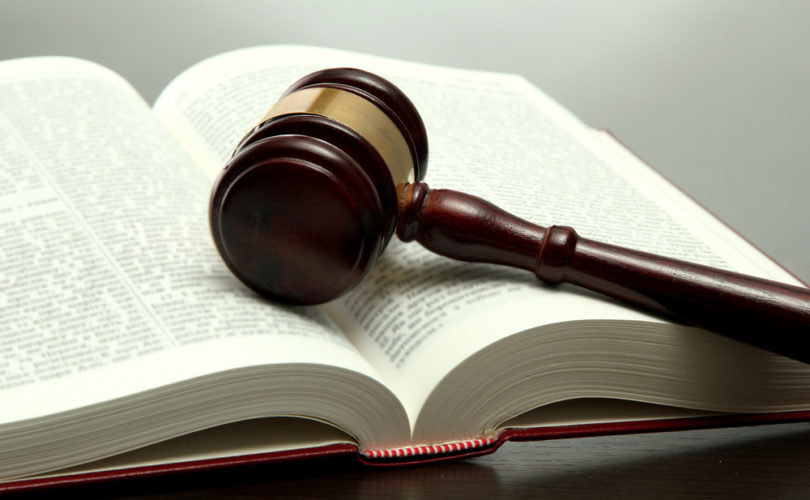 PRINCETON, New Jersey, September 22, 2015 (LifeSiteNews) – The latest Gallup poll shows that Americans' trust in the judiciary has fallen to an all-time low.

Trust in the judicial branch of government dropped eight points just in the last year, which saw major decisions including the constitutionalizing of homosexual “marriages.”

It is a “significant” loss of trust, according to Gallup, with only 53 percent of Americans responding that they have “a great deal” or even just “a fair amount” of trust in the third branch of government. Trust in the executive (45%) and legislative (32%) branches are also quite low, but both were slightly up from last year.

In 2009, Americans' trust in the judiciary was 76 percent. In just the six years since then, mistrust has risen in nearly a third of Americans.

“The Supreme Court has caused the people to lose confidence in the entire judiciary, because over a period of years, the justices have issued arbitrary and conflicting decisions that have nothing to do with the Constitution,” Liberty Counsel founder Mathew Staver explained.

The Gallup website explained that “the decline in trust in the judicial branch likely stems from the Supreme Court's controversial decisions this year to legalize same-sex marriage, and uphold a key provision of the Affordable Care Act” (Obamacare). “As a result, the Supreme Court's job approval rating among Republicans plummeted to 18% in July,” the polling website reported.

“The loss of trust should be no surprise, because, as Sandra Day O’Connor said in the Planned Parenthood versus Casey decision, the only authority the Supreme Court has is the confidence of the people,” he said.  Unlike the executive branch, which has the power to enforce laws, or the legislative branch, which has power to make laws, the judicial branch has neither.  The only authority it has is that the people accept its opinion as reasoned, based on the Constitution.”

Additionally, a growing number of Americans (37%) describe the court's ideology as “too liberal,” up seven percent from last year. That's the highest percent of Americans considering the court overly liberal in 22 years.

Staver says trust in the courts has been diminishing for years, and cites the Supreme Court’s recent gay marriage decision as the final straw for many.  “In 2013, five justices said that states have the right to define marriage,” Staver explained.  “They said that three times.  The same five lawyers, two years later in 2015, said no, states do not have the right to define marriage.  Which is it?” Staver rhetorically asked.

“They can’t make a determination because they are flying by an ideological compass, with no basis in the Constitution or the court’s precedent,” Staver reasoned.  “They make it up as it happens, and that’s not a system of laws.  That’s the reason why people are and should lose confidence in not only the Supreme Court, but in other judges who disregard the Constitution they are sworn to interpret.”

Gallup speculated that the low trust and “too liberal” opinions are “the effect of the Supreme Court's prominent left-leaning decisions.”

Gallup concluded that “the decline this year is almost certainly a reaction – primarily among Republicans – to the Supreme Court's landmark ruling on same-sex marriage and its turning away the latest legal challenge to the Affordable Care Act” (ObamaCare).

Staver opined that America needs to talk about this.  “It’s about time we have this debate, because the Supreme Court has gone so far away from its Constitutional duty that we need to come to a reckoning as to the limits that the people will tolerate, and I think the people have literally reached that limit.”

The results are based on Gallup's annual “Governance” poll, taken September 9-13. Just over one thousand people age 18 or older were randomly called via landline telephone (40%) and cell phone (60%). Gallup says the poll has only a plus-or-minus four-percent possibility of error.

Justice Kennedy and the lonely Promethean man of liberalism

Impartiality? Ruth Bader Ginsburg presides over yet another gay ‘marriage’ as justices weigh their final verdict