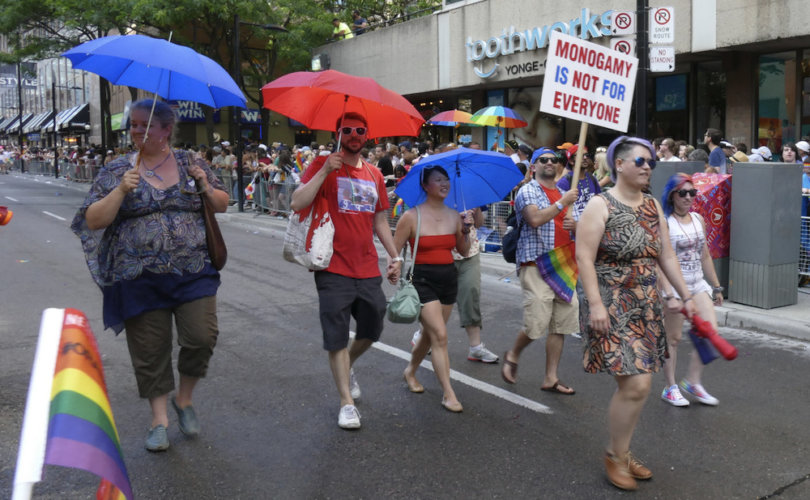 JACKSON, Mississippi, September 22, 2017 (LifeSiteNews) — A group of polygamists and a “machinist” who claims to want to marry his computer are challenging homosexual “marriage” in Mississippi.

Chris Sevier and others filed a federal lawsuit reasoning that same-sex “marriage” is part of the religion of secular humanism, and since it is of a religious nature, the state has no right to recognize it over other faith-based “marriages” such as polygamy, zoophilia, and machinism.

The belief that two men or two women can have a marriage is a religious leap of faith, the plaintiffs argue. Therefore, government sanctioning it goes against the Constitution’s Establishment clause.

Sevier joined the lawsuit when his county clerk would not recognize his “marriage” with a computer.

“This case concerns only what states may do under the Constitution” regarding which types of marriages they can legally recognize, the filing explained. “The plaintiffs are … respectfully asking that this court uphold the Constitution.”

“This is a war for the viability of our Constitutional Republic itself,” the plaintiffs claim.

The filers say the only kind of marriage that is “secular” and Mississippi should constitutionally recognize is between one man and one woman. Their 50-page complaint argues that homosexual “marriage” is not a civil right but should be recognized as “equally obscene and threatening to the community” as polygamy and machinism.

Three of the four plaintiffs hail from Salt Lake City, and the fourth listed both Nashville and New York addresses.

Sevier says similar legal action is being taken across the nation. Last month, a lawsuit was filed in Alabama.

In 2016, Mississippi passed a law protecting the Christian belief that marriage is only between one man and one woman, that sexual relations are only for such a marriage, and that gender is unalterably determined at birth.