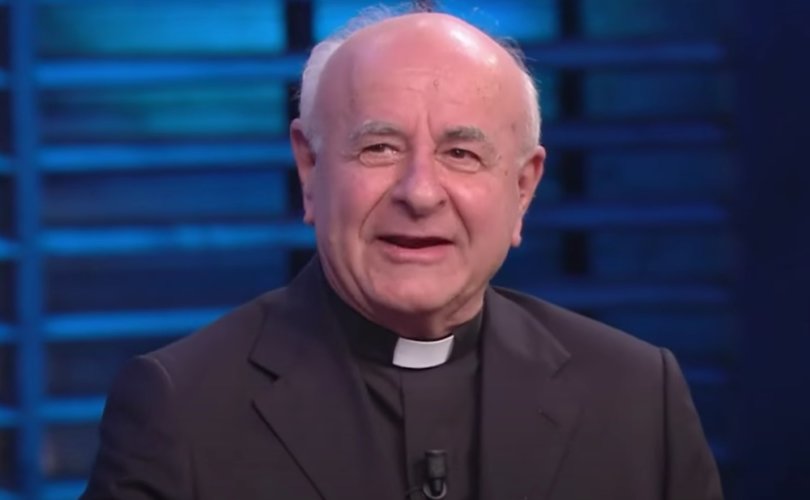 VATICAN CITY (LifeSiteNews) – Pope Francis has stated that online media sites have become filled with “hate speech and fake news,” a warning which the Pontifical Academy for Life used to defend itself over controversy regarding its recent publication.

In a message published by the Vatican on July 18, Pope Francis addressed the upcoming SIGNIS World Congress – a meeting of the World Catholic Association for Communication, due to be held in South Korea in mid-August.

The 85-year-old pontiff at first praised online forms of communication, saying that “during the months of lockdown due to the pandemic, we saw clearly how digital media could bring us together, not only by disseminating essential information, but also by bridging the loneliness of isolation and, in many cases, uniting whole families and ecclesial communities in prayer and worship.”

However, he warned that “in some places, media sites have become places of toxicity, hate speech and fake news.”

“Listening is likewise essential to the synodal journey that the whole Church has undertaken in these years,” he said, urging SIGNIS to encourage Catholics “to listen to one another, to the Lord’s will and to grow in the awareness that we participate in a communion that precedes and includes us.”

Following the Pope’s message, the Pontifical Academy for Life (PAV) welcomed his message, and used it to defend themselves amidst controversy following the publication of a new book promoting contraception.

PAV wrote that it had been the recipient of “many unwarranted, violent attacks, from many Catholics or supposedly so, all expert theologians.” The Pope’s message “supports all of us who seek to communicate a Church of mercy and dialogue.

Last days and even today @PontAcadLife received many unwarranted, violent attacks, from many Catholics or supposedly so, all expert theologians. Then comes this Message from @Pontifex which supports all of us who seek to communicate a Church of mercy and dialogue. @SIGNIS pic.twitter.com/QDt5ygQddI

Dissident, pro-LGBT group New Ways Ministry echoed the PAV’s comments, saying that “When it comes to LGBTQ+ issues, “our commitment to listen to one another” must guide us as Catholics.”

The PAV has come under widespread criticism from faithful Catholics online, following the sharing of a LifeSiteNews article reporting on its recently published book, Theological Ethics of Life. Scripture, Tradition, Practical Challenges. The work is a collection of essays taken from a three-day interdisciplinary seminar sponsored by the PAV.

The article noted how the book advocates for contraception and artificial insemination as if the topics are open topics for discussion, instead of having already been condemned by the Church.

Strongly disagreeing with critics of the book and the Academy itself, the PAV wrote in response that “what is dissent today, can change.”

“It is not relativism, it is the dynamics of the understanding of phenomena and science: the Sun does not rotate around the Earth,” continued the Academy, in defence of the book. “Otherwise there would be no progress and everything would stand still. Even in theology. Think about it.”

At that time, senior editor for the National Catholic Register Jonathan Liedl slated the PAV, writing: “A Vatican organ lazily comparing Humane Vitae to geocentricism in order to undermine decades of post-conciliar teaching on sexual ethics.”

Following the PAV’s later tweet, decrying the “violent attacks” against it, Liedl re-affirmed his earlier comments, writing: “Ok, this has to be parody at this point.”

U.K. author and catechist deacon Nick Donnelly also criticized the PAV its response to “online criticism following its publication of a book proposing a paradigm shift regarding IVF & contraception.”

“What do they expect to happen when they propose changing doctrines that have convinced countless couples to accept life-changing sacrifices?” he wrote.

What do they expect to happen when they propose changing doctrines that have convinced countless couples to accept life-changing sacrifices https://t.co/oSKFpC3jl6