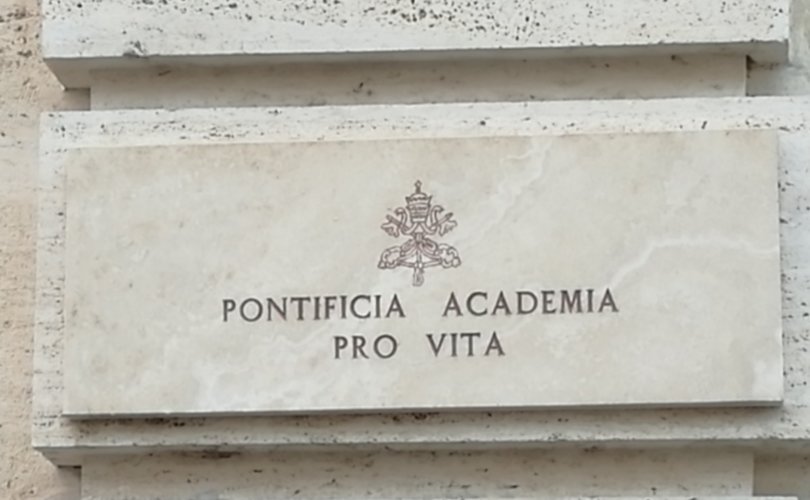 (LifeSiteNews) – The official Twitter account of the Pontifical Academy for Life has given an impression of support for the homosexual lifestyle after “liking” an article shared on the platform which promoted a pro-LGBT reading of the bible.

Dissident Jesuit priest Father James Martin posted a video to his Twitter account on Sunday in which he praised a recently written pro-LGBT article by protestant bible scholar Walter Brueggemann. The article was published on Outreach, a website which describes itself as “An LGBTQ Catholic Resource” and which Martin himself edits.

News: Walter Brueggemann, one of the world’s most renowned Biblical scholars, has just published an article on Outreach, arguing that the underlying message of the Bible, especially the Gospels, is welcome and inclusion for LGBTQ people. @OutrchCatholic https://t.co/KaqcW6UQR3 pic.twitter.com/hCnYShaY4X

Describing Protestant Brueggeman as “one of the world’s most renowned Biblical scholars,” Martin lauded his pro-homosexual reading of Scripture as apparently explicating “the underlying message of the Bible” of “welcome and inclusion for LGBTQ people.”

Brueggeman asserts that the biblical condemnation of homosexual acts found in the Old Testament is at odds with the Gospel’s relation of God’s “deep love for all peoples,” thereby rejecting the Church’s doctrine on the inerrancy of the Scriptures.

In addition to the heterodoxy displayed in Martin’s post, the official Twitter account of the Pontifical Academy for Life (PAV) caused scandal by “liking” both the tweet of the article and Martin’s praise for the anti-Catholic biblical reading. Here is a screenshot of the “likes” from PAV’s Twitter account, taken on September 6, 2022:

The PAV is an official institution of the Catholic Church dedicated to promoting the Church’s teaching on life, bioethics, and moral theology. The PAV has been heavily criticized for its heterodoxy over the past months, especially due to its promotion of contraception and artificial insemination, as well as controversial statements on abortion.

The organization has garnered a reputation for failing to defend important life matters in recent years, with the office’s president, Archbishop Vincenzo Paglia, no longer requiring new academy members sign a statement confirming their union with Church teaching on the defense of life.

The PAV’s official Twitter account “liking” Martin’s post has given the impression that the Vatican body supports the LGBT agenda, which stands in contrast to traditional Church teaching.

— Article continues below Petition —
PETITION: We won't give any money to liberal bishops who attack the Faith
Show Petition Text
11421 have signed the petition.
Let's get to 12500!
Thank you for signing this petition!
Add your signature:
Show Petition Text

The contradiction of Church teaching

Within the article, author Walter Brueggemann, a protestant, argues that “the full acceptance and embrace of LGBTQ persons follows as a clear mandate of the Gospel in our time,” but suggests the bible contradicts itself on this point in many cases

Continuing, the author states that the “Gospel, unlike the Bible, is unambiguous about God’s deep love for all peoples. And where the Bible contradicts that news, as in the texts of rigor, these texts are to be seen as ‘beyond the pale’ of Gospel attentiveness.”

Brueggemann suggests that since those passages in the bible that do condemn homosexual acts (e.g., Lev. 18:22, Rom. 1:23-27) are not found in the four Gospels, and that the Gospels do not directly condemn homosexual acts themselves, that such acts are therefore not immoral. The author adds that since what he calls the texts of rigor are not as important as the Gospels, they may therefore be dismissed.

Brueggemann’s assertions, however, are contrary to the teaching of the Catholic Church.

The Church has always put boundaries on the possible interpretations of Holy Scripture. This is illustrated in the Vatican I document Dei Filius:

And as the things which the Holy Synod of Trent decreed for the good of souls concerning the interpretation of Divine Scripture, in order to curb rebellious spirits, have been wrongly explained by some, We, renewing the said decree, declare this to be their sense, that, in matters of faith and morals, appertaining to the building up of Christian doctrine, that is to be held as the true sense of Holy Scripture which our Holy Mother Church has held and holds, to whom it belongs to judge the true sense and interpretation of the Holy Scripture; and therefore that it is permitted to no one to interpret the Sacred Scripture contrary to this sense, nor, likewise, contrary to the unanimous consent of the Fathers. (Dei Filius 2)

Brueggemann also runs afoul of Church teaching in saying that the various books of the bible contradict each other. The Catechism of the Catholic Church states that “serious attention must be given to the content and unity of the whole of Scripture if the meaning of the sacred texts is to be correctly worked out,” meaning that interpretations of individual passages must faithfully consider the whole of Sacred Scripture, rendering Brueggeman’s interpretation that the Gospel of Matthew contradicts St. Paul’s letter to the Romans a false reading.