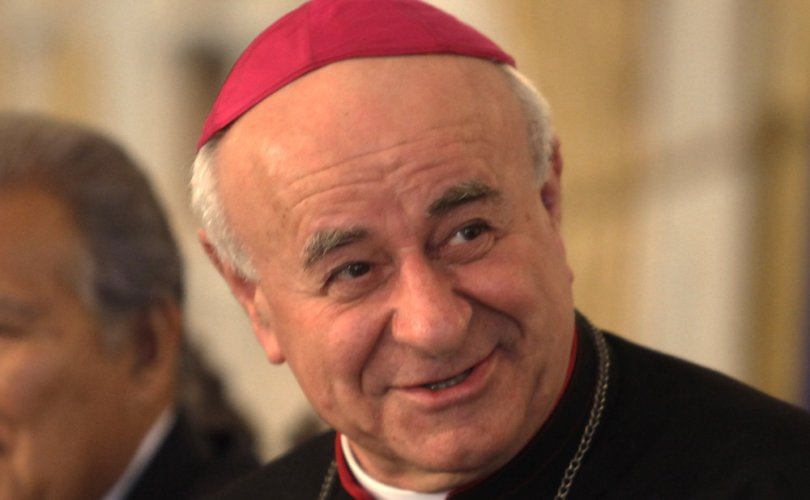 ROME, Italy, November 10, 2016 (LifeSiteNews) — Members of the Pontifical Academy for Life will no longer be required to sign a declaration that they uphold the Church’s pro-life teachings.

In new statutes for the Vatican body promulgated on November 4, Pope Francis has also expanded its mandate to include a focus on the environment.

Previous statutes were issued in 2004 and enumerate the “specific tasks” (§2) of the Academy in three points: to “study questions and issues connected with the promotion and defense of human life from an interdisciplinary perspective,” to “educate in a culture of life,” and to “inform the Church and the public […] about the most relevant results of its study and research activities.”

In the new statutes, §3 has received an addition: whereas the paragraph previously stated that research of a scientific character must “be directed towards the promotion and defense of human life,” the new paragraph reads:

“The Academy has a task of a prevalently scientific nature, directed towards the promotion and defense of human life (cf. Vitae Mysterium, 4). In particular, it studies the various aspects that relate to the care of the dignity of the human person at the different ages of existence, mutual respect between genders and generations, the defense of the dignity of each single human being, the promotion of a quality of human life that integrates material and spiritual value, with a view to an authentic ‘human ecology’, which may help to recover the original balance of Creation between the human person and the entire universe (cf. Chirograph, 15 August 2016).”

The surprise is the inclusion of the word “gender” instead of the more specific and less loaded word “sex,” as well as the consideration of the quality of a human life in a dependent relation with the “entire universe.” This leaves the door open to all kinds of modern trends, such as elevating animal life to equal standing with human life, or putting the idea of a sociological gender before the natural sex of a person. At the same time, the ambiguous “original balance of Creation” is introduced, which needs further theological exposition in order not to be mistaken for a pagan idea of the cosmos.

Another drastic change for the PAV is the removal of the requirement for members to sign a “Declaration of the Servants of Life,” an avowal geared to members who are physicians and medical researchers, which makes explicit the members’ willingness to follow Church teaching on the sacredness of human life and an obligation to not perform “destructive research on the embryo or fetus, elective abortion, or euthanasia.”

The removal of such a statement can hardly be seen as removing something superfluous. The very founding of the PAV aimed to counteract cultural trends of the “culture of death,” as St. Pope John Paul II has called secularized modern culture.

Historically the PAV has been known for its membership of mainly orthodox Catholics who defend the Church's pro-life teachings, but other pontifical academies have been criticized in the past for welcoming members that oppose Church teaching.

However, the PAV leadership itself has come under fire in recent years. In 2009, then-president Archbishop Rino Fisichella published an article in L’Osservatore Romano, the Vatican’s newspaper, opposing a Brazilian archbishop who had excommunicated doctors for committing an abortion on a 9-year-old girl pregnant with twins. The article sparked a revolt by over half of Academy members.

In 2012, the Academy leadership faced criticism from its members over an infertility conference in which they hosted speakers who suggested artificial reproductive procedures like IVF are “natural” and acceptable.

A further change in the new statutes – plausibly the most significant one – is that members will no longer be appointed for life. They will be nominated for renewable five-year terms that end when the member turns 80.

The new statutes, which were in preparation for several years, are supposed to “allow the Academy to respond more effectively to the many challenges that the Ethics of Life present to believers and to all men and women who ask themselves what it means to live a truly human life,” as its website states.

Archbishop Vincenzo Paglia, the recently appointed president of the PAV, explained that the new statutes will help coordinate the work of the Academy in connection to other curial bodies, but extend beyond that. He added that the PAV will henceforth also collaborate with “ … other academic institutions, including those that reflect belief systems and cultures different from ours, that are active like us in this very sensitive and developing field of study.”

Monsignor Renzo Pegoraro, chancellor of the PAV, added that the Academy will continue its work. “At the same time, however, this development in the Academy’s life is meant to answer the need for a broadened approach to the pressing and complex questions facing life itself today — an approach ensuring that life is always cared for, protected and respected.”

The new statutes will take effect on January 1.