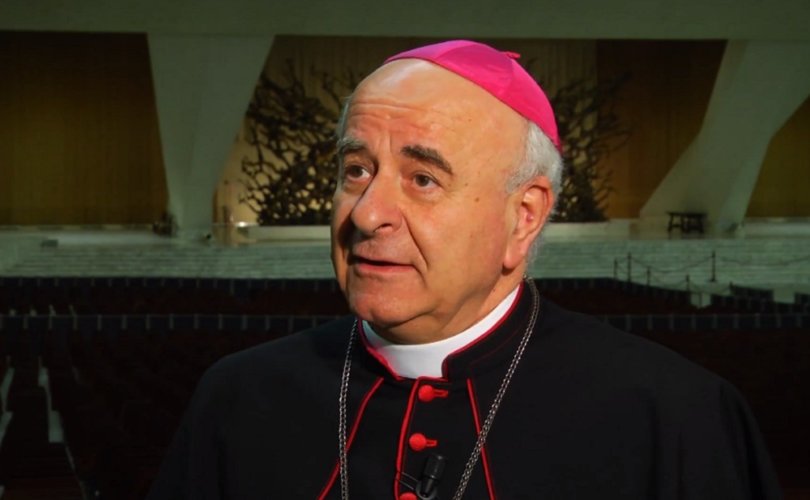 VATICAN CITY (LifeSiteNews) – The Pontifical Academy for Life has issued a “bizarre” statement following the U.S. Supreme Court’s decision to overturn Roe v. Wade, calling for a “a non-ideological debate” to determine the place “the protection of life has in a civil society.”

As pro-life advocates across the world begin to respond to the groundbreaking ruling, the Vatican’s Pontifical Academy for Life (PAL) issued its own statement, which has drawn mixed responses.

READ: How to protect your church from the pro-abortion ‘Night of Rage’

The PAL echoed the U.S. Conference of Catholic Bishops (USCCB) statement, quoting from the U.S. bishops to say:

It is a time for healing wounds and repairing social divisions; it is a time for reasoned reflection and civil dialogue, and for coming together to build a society and economy that supports marriages and families, and where every woman has the support and resources she needs to bring her child into this world in love.

The PAL avoided quoting the line from the USCCB statement which slated Roe as an “unjust law that has permitted some to decide whether others can live or die.”

Instead, the PAL took a distinctly noncommittal stance, and wrote that the Supreme Court’s ruling “shows how the issue of abortion continues to arouse heated debate.”

“The fact that a large country with a long democratic tradition has changed its position on this issue also challenges the whole world,” continued the statement.

The PAL added that “it is not right that the problem is set aside without adequate overall consideration,” saying that “the protection and defense of human life is not an issue that can remain confined to the exercise of individual rights but instead is a matter of broad social significance.”

Avoiding condemning abortion, and only naming it once, the PAL called for a “debate” to discover the “place that the protection of life has in a civil society”:

After 50 years, it is important to reopen a non-ideological debate on the place that the protection of life has in a civil society to ask ourselves what kind of coexistence and society we want to build.

It is a question of developing political choices that promote conditions of existence in favor of life without falling into a priori ideological positions.

Such a “debate” would involve “ensuring adequate sexual education, guaranteeing health care accessible to all and preparing legislative measures to protect the family and motherhood, overcoming existing inequalities,” added the PAL. The terms of “sexual education” and accessible health care are typically used by pro-abortion advocates to advance contraceptive ideology.

While the PAL did not specify what sort of “sexual education” it desired, the Vatican academy has a history of being pro-abortion ever since Pope Francis gutted it in 2017.

READ: Head of Pontifical Academy for Life says children must get abortion-tainted COVID jabs to ‘protect’ others

Archbishop Vincenzo Paglia, head of the Pontifical Academy for Life, said the overturning of Roe was “a powerful invitation to reflect together on the serious and urgent issue of human generativity and the conditions that make it possible; by choosing life, our responsibility for the future of humanity is at stake.”

Meanwhile, Br. Martin of the Oblates of St. Augustine, suggested the statement reflected the PAL’s “disappointment” in the Roe ruling.

An invitation to reflect on “human generativity” and “the conditions that make that possible” is the best they could come up with to hide their disappointment? https://t.co/KrtnzmduFH pic.twitter.com/7lL9znIbnF

Commenting on the reformed PAV in 2017, Lepanto Institute President Michael Hichborn declared, “The retooling of the Pontifical Academy for Life is yet another way the devil is burying the greatest abominations of our age.”