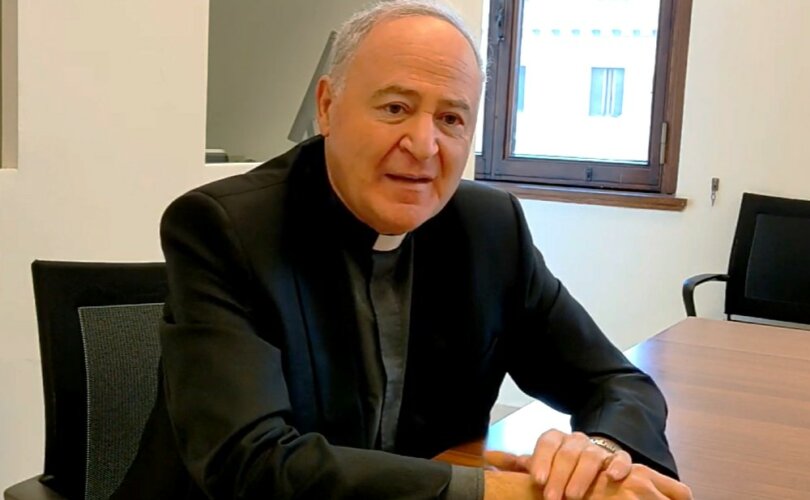 Msgr. Renzo Pegoraro, rector of the Pontifical Academy for LifeYouTube

The article, titled “Is the Catholic Church Rethinking Contraception?,” lays out the debate inside the Church about changing the teaching on contraception. It was retweeted by the PAV on December 30, 2022, and represents the latest scandal of heterodoxy by the increasingly dissident Vatican organization.

Francis X. Rocca, the author of the WSJ essay, gives an overview of the current discussion on the Church’s contraception ban.

“Under Pope Francis, who has encouraged debate on a number of questions previously considered closed — including divorce and homosexuality — the church at its highest levels is now debating the morality of contraception, more than half a century after another pope was supposed to have handed down a definitive statement on the matter,” Rocca writes.

Rocca cites the PAV’s recent book titled “Theological Ethics of Life,” which included the claim that contraception may in certain cases represent a “wise choice.”

The author of the WSJ article points out that “both sides in the debate agree that what is at stake isn’t merely a particular prohibition but the church’s wider approach to sexual and medical ethics.”

Rocca quotes Msgr. Renzo Pegoraro, the chancellor of the PAV, who suggested that the possibility of “transmission of life” in the marital act may be in conflict with “other values worth protecting.” He argued that contraception may be permissible “in the case of a conflict between the need to avoid pregnancy for medical reasons and the preservation of a couple’s sex life.”

The WSJ journal article attributes the apparent change in the Vatican’s approach to the teaching on sexuality to Pope Francis’ “leniency” toward the reception of communion for the divorced and civilly remarried expressed in his infamous 2016 encyclical Amoris Laetitia.

As LifeSiteNews writer Louis Knuffke explained, the Church’s total ban on contraception cannot ever be changed, since it is a matter of the natural moral law “and has been clearly and constantly taught by the Church’s Magisterium over the course of the last century.”

As the WSJ author pointed out in his essay, the PAV and the Vatican have become open to dissent on the Church’s perennial teaching on sexuality under Francis’ leadership.

The Roman Pontiff appointed Archbishop Vincenzo Paglia as the president of the PAV in 2016 and since then the academy has become increasingly heterodox and appointed many pro-abortion, pro-contraception, and pro-LGBT members. The following list is a chronological excerpt of the PAV’s many scandals in the past years.