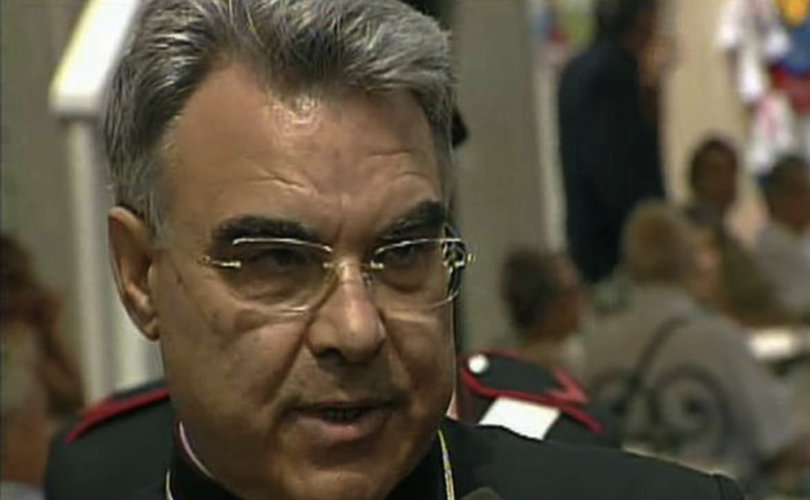 November 14, 2016 (LifeSiteNews) — Amoris Laetitia opens a new door that goes beyond Familiaris Consortio and does away with unnecessarily harsh requirements from the Catholic Church with regard to chastity, according to a recent presentation on the Apostolic Exhortation by Bishop Marcello Semeraro in Spain.

Semeraro spoke at the Jesuit University of Comillas in Madrid at the presentation of a new edition of Amoris Laetitia in Spanish with an introduction he wrote. The university rector, Cardinal Lluís Martínez Sistach, who is the Archbishop Emeritus of Barcelona, as well as Jesuits Pablo Guerrero and Carmen Magallón, both professors at the university, were also present.

Semeraro is the bishop of Albano, Italy, and secretary of the Council of 9 Cardinals chosen by Pope Francis to be his personal advisers.

According to Semeraro, Amoris Laetitia surpasses the logic of “it is not possible – it is possible,” and introduces instead a “clear distinction between general rule and particular case.” Discernment and accompaniment are the key ingredients here, he added.

Regarding the regulation for Catholics who have entered a second civil union after a prior sacramental marriage (and civil divorce) to live as brother and sister in order to receive the sacraments, Bishop Semeraro qualified: “What would it mean that people who have children live as brother and sister? The step forward of Amoris Laetitia, with respect to Familiaris Consortio, is that they [the civilly remarried] can express their affection in their situation, and this is where the accompaniment and guidance of the spiritual director would enter into play.” He added with more clarity: “It is not a brother and sister relationship but a conjugal relationship. They are people who have children and have responsibilities in their relationship.” He claimed to support his interpretation with earlier Church magisterial teaching: “Gaudium et spes says that spouses who abstain from marital relations endanger their relationship and may commit infidelities.”

“Moral discernment by which one tries to know the will of God on a general level, valid for all, and what is good and what is bad” stands in opposition to the personal pastoral discernment that “helps me to know where I am, what is my situation,” the bishop explained.

During the presentation, Cardinal Sistach emphasized the “realism of the concrete” that they understand to be the heart of the Exhortation.

With a combination of arguing, on the one hand, that the general moral norm is not applicable in certain cases where after “discernment” a sufficient amount of “love” can be found in a  morally illicit relationship and, on the other hand, with his insistence that the conjugal act can be performed in “stable” relationships despite not being sacramentally valid, Semeraro puts himself in the same group of churchmen who endorse a “breaking with tradition-reading” of Amoris Laetitia, supported by the theories of Cardinal Walter Kasper.