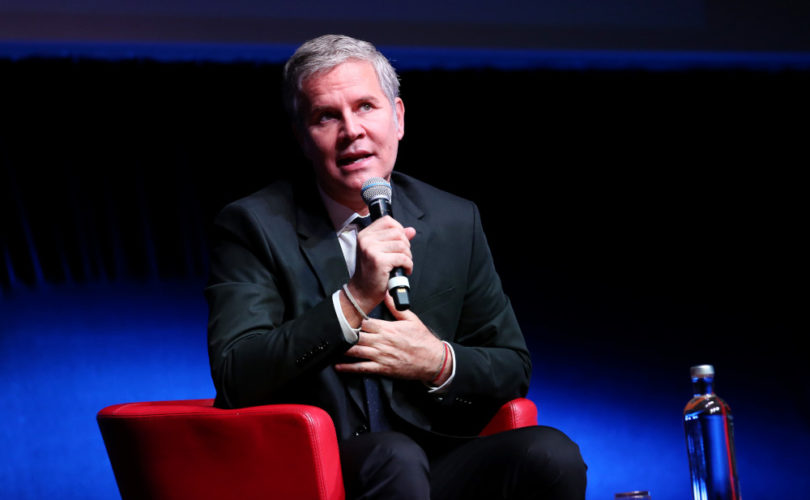 VATICAN CITY, March 25, 2021 (LifeSiteNews) — Pope Francis appointed Juan Carlos Cruz, an openly homosexual man, to the Pontifical Commission for the Protection of Minors on Wednesday. Cruz is himself a victim of clerical sexual abuse.

According to the 2004 John Jay Report on the nature and scope of clerical sexual abuse of minors, “The results of our study indicated that of all victims whose gender was reported, … 81% were male and 19% were female.” In other words, it seems that sexual abuse committed by members of the priesthood is overwhelmingly homosexual in nature.

Previously, in 2018, Cruz had already met with Pope Francis at the Vatican for a private meeting where he alleged that the Pope affirmed him in his homosexuality, telling him that “God made you gay.”

When approached for clarification on whether or not Francis made the comments as alleged by Cruz, the Vatican press office’s Cristina Ravenda told LifeSiteNews at the time, “The Vatican does not comment on private conversations of the Pope.” No clarification has been offered since.

The Catechism of the Catholic Church states that persons with homosexual inclinations “must be accepted with respect, compassion and sensitivity,” adding that “[e]very sign of unjust discrimination in their regard should be avoided.”

With that in mind, the Catechism describes homosexual activity as a “grave depravity,” based on Sacred Scripture, and that such acts are “intrinsically disordered.” As a result, “homosexual persons are called to chastity.”

Cruz, an outspoken advocate for a change to the Church’s perennial (and biblical) doctrine on homosexuality, said that those behind the CDF document “are completely in a world of their own, away from people and trying to defend the indefensible.”

He suggested, “If the church and the CDF do not advance with the world … Catholics will continue to flee,” adding that the Pope stands at odds with the leadership in the CDF.

Cruz will now serve on the Pontifical Committee for the Protection of Minors for three years.

Over the course of his pontificate, Francis has repeatedly signaled support for the homosexual lobby in the Vatican, elevating their chief spokesmen, like Fr. James Martin, to high-ranking positions in the Roman Curia and the Church hierarchy.

Just five months ago, in October, the Pope caused shockwaves around the world after it was revealed that he supported the creation of civil union laws for homosexual couples to have their relationships recognized in law. The move was widely seen as his clearest statement of public support for the practice, which is morally prohibited by official Catholic Church teaching.