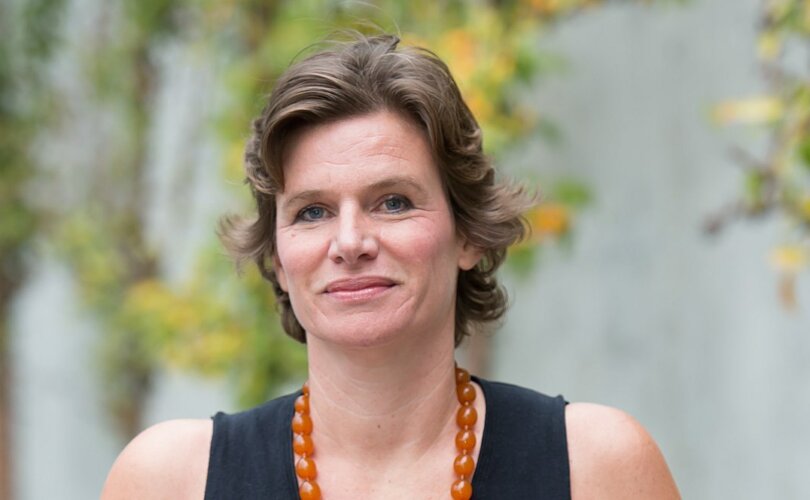 Mazzucato, a self-described “atheist” and professor of economics at University College London (UCL), was first announced as one of the PAL’s new appointees in an October 15 press release which stated, “The Pontifical Academy for Life is organizing the next Assembly, which is set for Feb. 20-22, 2023, on the theme ‘Converging on the Person. Emerging Technologies for the Common Good.'”

According to the release, “This is a topic of great relevance in these years because ethical reflection is unavoidable in the face of a world that is profoundly changing before our eyes … In this sense, it is important that the Pontifical Academy for Life include women and men with expertise in various disciplines and from different backgrounds, for a constant and fruitful interdisciplinary, intercultural and interreligious dialogue.”

“On behalf of all the Academicians, we express heartfelt thanks to Pope Francis for the attention with which he follows our work,” added the release. “And we reaffirm our commitment to bring into the world that Gospel-based prophetic inspiration and vocation in order to promote human life always and everywhere.”

While the PAL says this appointment is part of its larger goal of fostering an “ethical” and “Gospel-based” reflection to “promote human life always and everywhere,” in addition to being a speaker at the WEF – the globalist group behind the socialist, anti-Christian “Great Reset” agenda – Mazzucato is also enthusiastically pro-abortion, in direct contradiction to the infallible and unchangeable teaching of the Catholic Church.

“I don’t care that you’re a Christian, I don’t care what the Bible says, like I feel like its a clown show like sitting here trying to decipher what your little mythical book has to say about these very real political issues,” said left-wing political commentator Ana Kasparian in the video which Mazzucato threw her support behind.

“I do not believe in Christianity which means that you do not get to dictate the way I live my life based on your religion, I don’t care what the Bible says … I don’t care about your [expletive] religion.”

In 2016, Mazzucato also tweeted favorably about Pope Francis’ support of the so-called “climate change” agenda, saying, “As an atheist, never thought I would love a Pope this much.”

Appointing people who hold positions in direct opposition to the Catholic faith has become a trend in the Vatican during Francis’ pontificate.

Outside of his appointments of non-Catholics to official positions in Rome, Francis also has a history of appointing heterodox prelates to high-ranking positions of authority within the Church’s clerical hierarchy.

In September, Francis appointed pro-LGBT Portuguese Cardinal José Tolentino de Mendonça as Prefect of the Dicastery for Culture and Education, just months after his June decision to promote a collection of pro-LGBT and anti-Latin Mass cardinals to the Congregation for Divine Worship and the Discipline of the Sacraments.