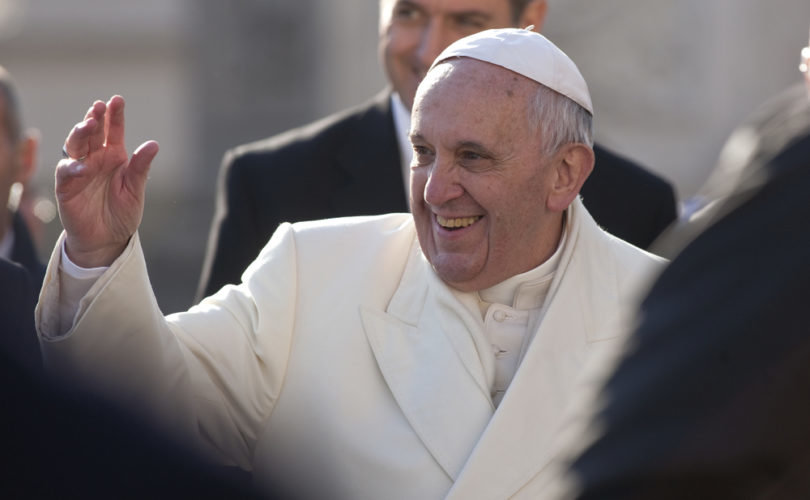 ABOARD THE PAPAL PLANE, February 18, 2016 (LifeSiteNews) – Pope Francis offered some of his strongest words yet against abortion when asked today if it could be “the lesser of two evils” for a Zika-infected mother bearing a deformed child.

“Abortion is not the lesser of two evils. It is a crime. It is to throw someone out in order to save another. That’s what the Mafia does. It is a crime, an absolute evil,” he told reporters on board the papal plane from Mexico to Rome.

The Pope made it clear that abortion is not a religious issue, but a “human problem.”

“Abortion is not a theological problem, it is a human problem, it is a medical problem. You kill one person to save another, in the best case scenario. Or to live comfortably, no? It’s against the Hippocratic oaths doctors must take. It is an evil in and of itself, but it is not a religious evil in the beginning, no, it’s a human evil. Then obviously, as with every human evil, each killing is condemned,” he said.

(Find a full transcript of the pope’s remarks on the plane here.)

On Tuesday, the Holy See’s Permanent Observer to the United Nations, Archbishop Bernardito Auza, condemned statements made by UN officials calling for the liberalization of abortion laws in response to virus.

“We are deeply concerned by the recent call by some government officials, as well as the Office of the High Commissioner for Human Rights, for the liberalization of abortion laws and access to abortifacients as a means to prevent the birth of children with birth defects,” he said.

“Not only is increased access to abortion and abortifacients an illegitimate response to this crisis, but since it terminates the life of a child it is fundamentally not preventative,” he added.

The Pope’s strong condemnation of abortion was given amongst controversial ones involving contraception as a possible solution in avoiding conception in Zika-infested countries.