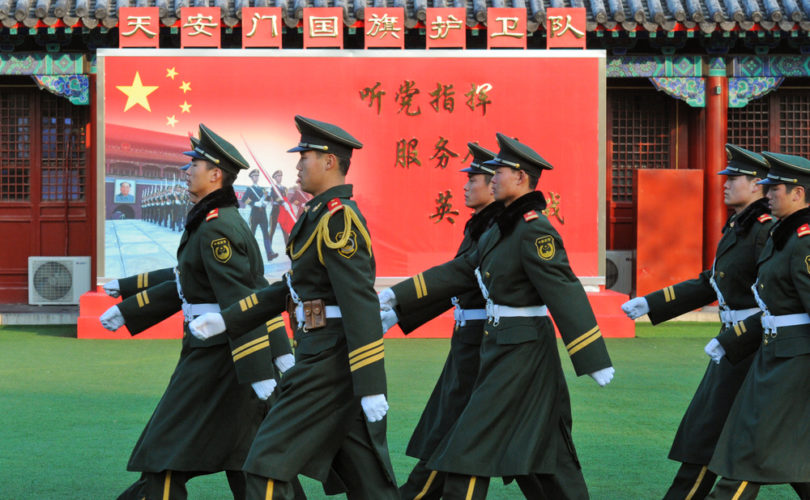 May 29, 2019 (LifeSiteNews) – In his recent marathon interview with a Mexican journalist, Pope Francis said “relations with China are good, very good” and that two Chinese bishops – one Vatican-appointed from the “underground” Church and one appointed by the Communist government – with whom he recently met “know that they must be good patriots.”

For decades, the Catholic Church in China largely existed underground. It faces persecution from Communist authorities. Pope Francis’ controversial deal with China allows the government to nominate clerics from its state-run “church,” the Chinese Patriotic Catholic Association, for the Vatican to make bishops.

The bishops and priests in the “underground” Catholic Church are validly ordained.

Cardinal Joseph Zen of Hong Kong has repeatedly spoken out about the Vatican-China deal, decrying it as a betrayal of the Catholic faithful in that country.

“The other day two Chinese bishops came to me, one who came from the underground church and the other from the patriotic church, already recognized as brothers,” the pontiff said. “They came here to visit us. This is an important step. They know that they must be good patriots and that they must take care of the Catholic flock.”

When asked if some Catholics “felt sidelined” by the Sino-Vatican agreement signed in September 2018, the pope responded, “Catholics in general no. Catholics are happy to be united now.”

“In fact Easter was celebrated all together, all together and in all the churches. There were no problems this year,” he said.

Chinese government officials detained Father Peter Zhang Guangjun, an underground priest of the diocese of Xuanhua, after Palm Sunday Mass on April 14. Guanjun was one of three priests held in detention by authorities in China in April 2019.

Pope Francis also told Alazraki that he takes accusations of heresy “with a sense of humor.”

“I also pray for them because they are wrong and poor people, some are manipulated,” he said. “And who are those who signed…?”

That question was an apparent reference to a recent open letter accusing the pontiff of heresy. The letter was issued as “a last resort to respond to the accumulating harm caused by Pope Francis’s words and actions over several years, which have given rise to one of the worst crises in the history of the Catholic Church,” according to its signers. One of the original signers was Father Aidan Nichols, one of the most respected theologians in the English-speaking world.

Another signer, Dr. John Rist, told LifeSiteNews that he is now barred from all Pontifical Universities.

There have been numerous other efforts calling out Pope Francis for seemingly contradicting Catholic teaching on adultery, the sacraments, hell, the death penalty, and other significant topics. These include a letter from 45 academics asking the pontiff to correct errors in Amoris Laetitia and a “Filial Correction” accusing him of spreading seven heresies, at least by omission, about “marriage, the moral life, and the reception of the sacraments.”

The dubia of four cardinals asking Pope Francis to formally clarify whether Amoris Laetitia contradicts Catholic morality have been unanswered since the pontiff received it in September 2016. They have gone unanswered for 982 days. Two of the cardinals who submitted it to the Pope are now dead.

During the same interview with Alazraki, Pope Francis compared President Donald Trump’s proposed border wall to the Berlin Wall that separated communist East Germany from freedom in the west. He also said he was “angry” over media reports that he suggested that parents should consult a “psychiatrist” for counseling children with same-sex attraction and that if Christians “were to convince” themselves that homosexuals and those in “irregular” relationships are “children of God, things would change a lot.”

Cdl. Zen in new book: Vatican’s China ‘strategy was wrong, all about compromise and surrender’

Cardinal Müller: ‘I trust more in Cardinal Zen’ than in the Vatican-China deal