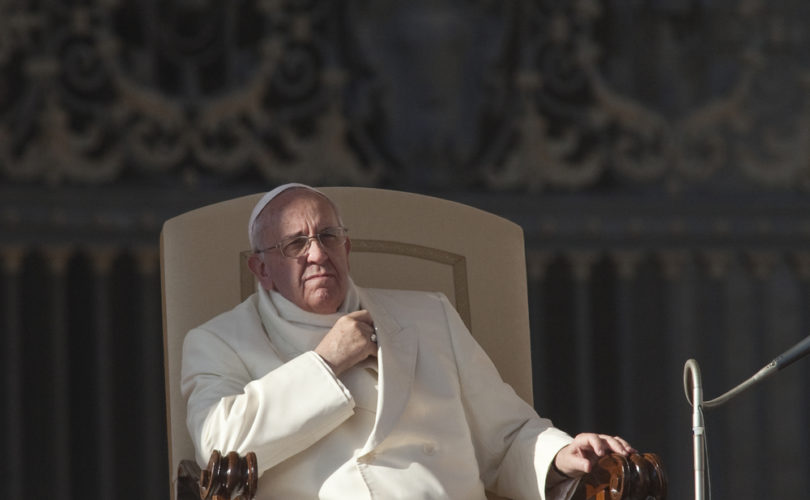 ROME, June 11, 2015 (LifeSiteNews) – Pope Francis received the bishops from Latvia and Estonia today on their ad limina visits, and as is becoming very common, even routine, he again addressed the crisis facing the family.

At the beginning of his printed address, he told the bishops they are called to contend against the “insidious dangers” of “secularism and relativism.”

“I desire further to share with you the firm desire to promote the family, which is a gift of God for the fulfillment of man and woman created in His image, and which is the ‘fundamental cell of society’ ‘the place where parents pass on the faith to their children,’” he said quoting The Gospel of Joy.

“On the other hand, we must recognize that today matrimony is often considered a form of emotional gratification that can establish itself in any form and be modified according to the sensibilities of each one,” he added. “Unfortunately such a reductive conception influences also the mentality of Christians, causing an ease in having recourse to divorce or de facto separations.”

He called on pastors to reevaluate marriage preparation and how to address those living in such situations “so that the children will not become the first victims and the couples will not feel excluded from the mercy of God and the care of the Church, but will be assisted in the journey of faith and the Christian education of their children.”

The Pope also spoke about the challenges of single parent families, and the importance of pastoral care for them.

The full text of Pope Francis’ address can be found here (In Italian).