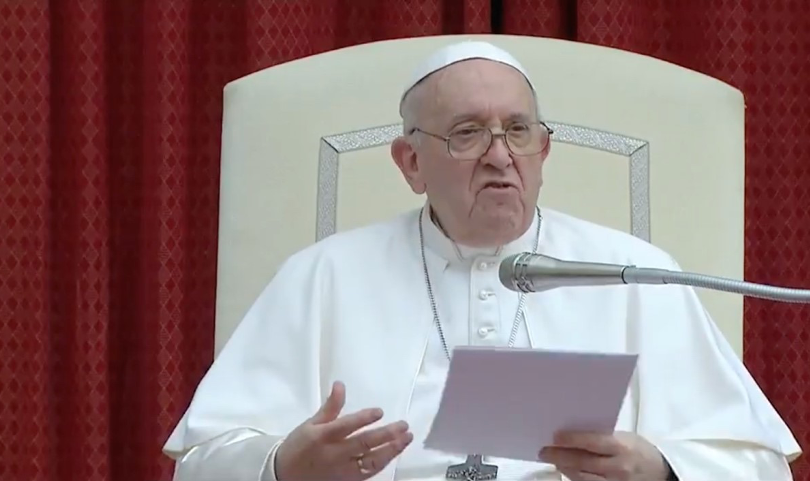 June 25, 2021 (LifeSiteNews) – Pope Francis used his general audience this week to denigrate online preachers who are “rigid” and who seek “solutions to the crises of today” in the past, while again choosing to say nothing about the ongoing persecution of Christians and others by the Chinese communist government.

Drawing from St. Paul’s Letter to the Galatians, the Pope seemed to be accusing conservative and traditionalist Catholics of being in league with the Evil One and of being no different from those who sowed discord and mistrust by demanding that the new Christians in Galatia subject themselves to Mosaic Law.

“At General Audience Pope Francis berates ‘preachers, especially through the new means of communication’ who present themselves ‘as true guardians of the truth; strongly affirm that the true Christianity is the one they adhere to, often identified with certain forms of the past,’” noted a Tweet by Catholic Sat.

At General Audience Pope Francis berates “preachers, especially through the new means of communication” who present themselves “as true 'guardians of the truth'; strongly affirm that the true Christianity is the one they adhere to, often identified with certain forms of the past” pic.twitter.com/caPmssi7Kz

“These opponents of Paul argued that even the Gentiles had to be circumcised and live according to the rules of the Mosaic Law,” said the Pope. “They went back to the previous observances, those that had been superseded by the Gospel. The Galatians, therefore, would have had to renounce their cultural identity in order to submit to the norms, prescriptions and customs typical of the Jews.

“It is precisely the way of the evil one, of these people who divide, who do not know how to build,” he said.

“Today too there is no shortage of preachers who, especially through the new means of communication, can disturb communities,” continued Pope Francis.  “They present themselves not primarily to announce the Gospel of God who loves man in Jesus, Crucified and Risen, but to insist, as true ‘keepers of the truth’ – so they call themselves – on the best way to be Christians.”

“They strongly affirm that the true Christianity is the one they adhere to, often identified with certain forms of the past, and that the solution to the crises of today is to go back so as not to lose the genuineness of the faith,” he said. “There is a temptation to close oneself up in some of the certainties acquired in past traditions.”

This new breed of online preachers “do not know what humility is, what fraternity is,” claimed the Pope. “The new preachers know neither meekness nor obedience.”

Apparently the Vatican has received a new shipment of Straw Men recently. https://t.co/eccjPmJhPM

Pope Francis’ berating of conservative Catholics in the free world stands in stark contrast to his continued refusal to comment on the Chinese Communist Party’s recent arrests of a Vatican-appointed bishop, seven priests, and a number of seminarians.

“Police arrested 63-year-old Bishop Joseph Zhang Weizhu of Xinxiang Diocese in Henan province on May 21, a day after they detained the priests and seminarians for allegedly violating the country’s repressive new regulations on religious affairs,” reported ucanews.com, an outlet which covers Catholic Asian news.

“Francis has been such a scandal on the most important issues of our age,” declared Jason Jones, a Catholic film producer, author, activist, and human rights worker defending the world’s most vulnerable.

“He was silent on the genocide of the oldest Christian communities in the world in Iraq and Syria,” said Jones. “He was silent when, in the middle of the greatest genocide since the holocaust, three million ethnic Uighurs in concentration camps were being killed and having their organs harvested.”

“He was silent when a prominent Catholic layman, Jimmy Lai was arrested, and now that we have Bishop Zhang, his priests, and seminarians sent off to be reeducated, tortured, and God knows what, he’s silent,” he continued. “His silence is deafening, and it’s one of the greatest scandals in Church history.”

Laymen must speak out against evil when the Pope does not

“But because the silence is deafening, and because the scandal —the stumbling block— is so great, it gives us an opportunity to amplify as Catholic laymen our voices for the vulnerable,” emphasized Jones. “We need to stand on the stumbling block and make it a stepping stone for the Uighur, for the Christians of China, for Jimmy Lai, for Bishop Zhang and his priests and seminarians.”