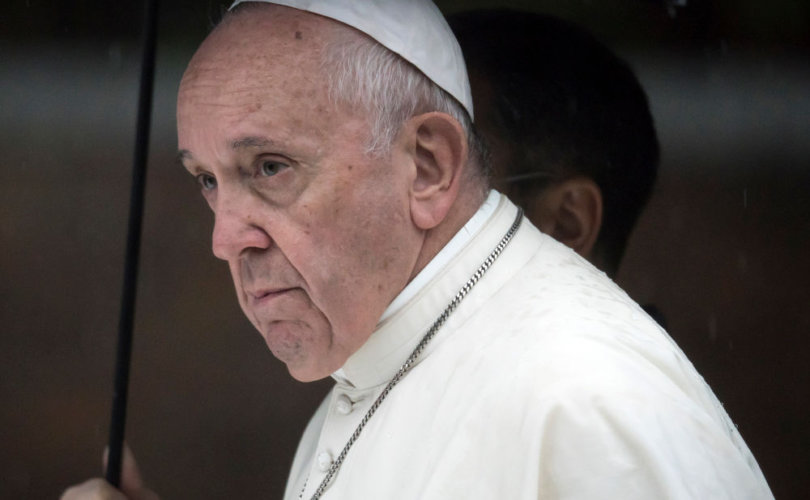 ROME, December 17, 2019 (LifeSiteNews) — Pope Francis today abolished the pontifical secret in cases of clerical sexual abuse and misconduct, in a step some believe will lead to greater transparency and help civil investigators gather evidence against abusers and coverup.

In a decree issued by the Holy See on Tuesday, the Pope ruled that the pontifical secret binding Church officials to confidentiality in specific matters, “does not apply to accusations, trials and decisions” involving sexual abuse of adults, minors and vulnerable persons, and the production, possession and distribution of pornography (cf. Vos estis lux mundi, art. 1).

The instruction, dated December 6 and signed by Vatican Secretary of State, Cardinal Pietro Parolin, stipulates that “the information is to be treated in such a way as to ensure its security, integrity and confidentiality in accordance” with canon law, “for the sake of protecting the good name, image and privacy of all persons involved.”

It also specifies that “office confidentiality shall not prevent the fulfillment of the obligations laid down in all places by civil laws, including any reporting obligations, and the execution of enforceable requests of civil judicial authorities.”

The document further notes that “the person who files the report, the person who alleges to have been harmed and the witnesses shall not be bound by any obligation of silence with regard to matters involving the case.”

In a second decree issued on Tuesday, Pope Francis modified three articles of Pope John Paul II’s 2001 Motu Proprio Sacramentorum sanctitatis tutela, classifying as a delicta graviora [a serious crime], “the acquisition, possession or distribution by a cleric of pornographic images of minors under the age of eighteen, for purposes of sexual gratification, by whatever means or using whatever technology.”

The document, signed by Cardinal Parolin and the Prefect for the Congregation for the Doctrine of the Faith, Cardinal Luis Ladaria Ferrer, also stipulates that a lay canon lawyer may serve as the advocate or procurator in such cases, but that only priests can validly carry out the functions of Judge, Promoter of Justice and Notary.

Vatican editorial chief, Andrea Tornielli, said that today’s news “means that any reporting, testimony and documents produced in canonical trials related to such cases of sexual abuse – those kept in Vatican Dicastery archives as well as those found in diocesan archives – which until now were subject to the pontifical secret, can now be handed over when requested to lawful authorities in their respective countries.”

“This is a sign of openness, transparency, and the willingness to collaborate with the civil authorities,” he added.

Tornielli clarified that the rescript does not affect the seal of confession in any way, which he noted “is completely different than the pontifical secret which covers documentation and testimony.”

“Neither does it mean that in these cases those documents produced in canonical trials should enter into the public domain or that they should become matter for public disclosure,” the Vatican editorial chief added.

“The right of the victims and the witnesses to confidentiality must always be protected,” he continued. “Now, however, the documentation must be placed at the disposition of the civil authority for the purpose of investigating cases for which canonical proceedings have already begun.”

Commenting on the first decree, Archbishop Charles Scicluna of Malta, who serves as adjunct secretary for the Congregation for the Doctrine of the Faith, said today’s news is the result of the February Vatican sex-abuse summit.

In an interview with Vatican News, Archbishop Scicluna recalled that “that there was a full day of discussion on the question of transparency in cases of sexual misconduct” at the February summit.

He said the Pope’s lifting of the pontifical secret in cases of sexual abuse and misconduct with today’s decree means that “the question of transparency now is being implemented at the highest level.”

While some measures resulting from the Vatican sex-abuse summit may be a step in the right direction, the meeting was widely criticized for refusing to address the correlation between widespread homosexuality in seminaries in past decades and the sexual abuse of adolescent boys, who comprised 70 percent of clerical sex abuse victims.

At a Vatican sex-abuse summit press conference in February, Archbishop Scicluna in fact flatly denied any connection between the data, saying decades of widespread homosexuality in US seminaries had “nothing to do with the sexual abuse of minors.”

German Cardinal Walter Brandmuller, president emeritus of the Pontifical Academy of Historical Sciences accused Vatican sex-abuse summit organizers of deliberately avoiding the issue of homosexuality in order to advance a “homosexual agenda” in the Church and protect homosexual networks that thrive in a “climate of complicity and a conspiracy of silence.”