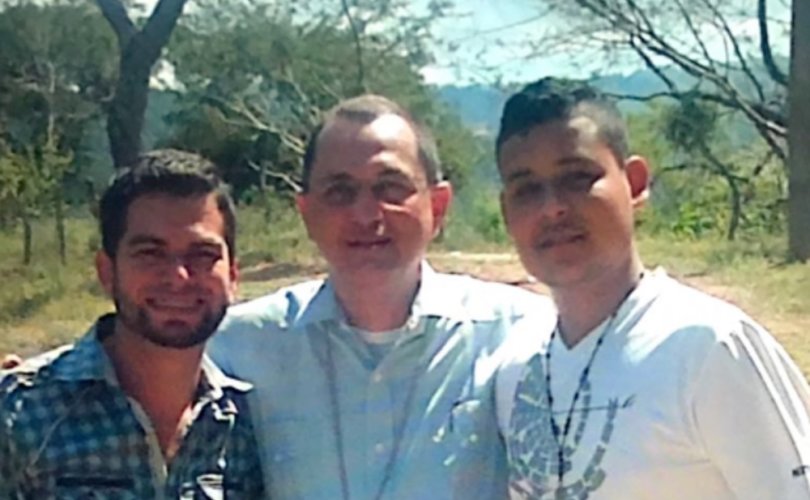 ROME, July 20, 2018 (LifeSiteNews) — Pope Francis has accepted the resignation of Honduran Auxiliary Bishop Juan José Pineda Fasquelle of Tegucigalpa, amid allegations that he sexually abused seminarians and committed financial misconduct in the archdiocese.

The Honduran bishop was a close collaborator of his superior, Cardinal Oscar Andrés Rodriguez Maradiaga, and was put in charge of the archdiocese of Tegucigalpa while the cardinal was receiving medical treatment in the United States. Cardinal Maradiaga is a key member of the C9 group of cardinals advising the Pope on Church reform.

News of Pineda’s resignation was released this morning in the Vatican’s daily bulletin. Although Bishop Pineda is only 57, and has not reached the age of retirement, no reason was given for his resignation. The bulletin only said that the Holy Father had “accepted” it.

The announcement comes as new accusations of sexual abuse and coverup continue to surface in the case of U.S. Cardinal  Theodore McCarrick.

The Register obtained testimonials from two former seminarians accusing Bishop Pineda of sexual abuse.  The testimonials were among approximately 50 statements obtained from individuals — including diocesan staff and priests — during an investigation called at the request of Pope Francis in May 2017.

The head of the investigation, retired Argentine Bishop Alcides Jorge Pedro Casaretto, was reportedly “shocked” by the testimonies he received.

Pineda, who kept his private quarters in Cardinal Maradiaga’s residence, was also known to have a “string of intimate male friends” on whom he lavished gifts, even giving one a downtown apartment. He allegedly clocked up many miles on foreign travel to Madrid and other international destinations to meet these friends. According to the Register, one of the trips, a weeklong Jesuit retreat, was in fact meant as punitive action against Pineda taken by the Pope after he learned of the allegations.

He had also been accused of misappropriating $1.3 million dollars from the Honduran government destined for charitable projects in the archdiocese. Reportedly, the funds “completely disappeared.”

Despite the findings of the papal investigation, no action has been taken against Pineda until today, with former seminarians, priests, and other locals in Honduras living in fear of reprisals for coming forth to give their testimony.

This morning an informed source told Edward Pentin: “We’ve been waiting for this day in Honduras.”

The source said today’s announcement means that “those who have suffered obtain partial justice; the Church has taken steps on the path of truth.” He lamented, however, that Pineda is still a bishop, and that the Church hierarchy “keeps covering for these abusers.”

Supporting earlier reports published by the Register, the source said that Cardinal Maradiaga was “aware of everything but always sided with Pineda and not the truth” and that the institutions meant to deal with these cases, such as the apostolic nunciature, “were overridden.”

“The positive thing is that something is moving,” he told the Register.

Bishop Pineda released a statement today saying he had given Pope Francis his resignation “several months ago.”

The Honduran prelate did not comment on the allegations against him in the statement, but only said: “I tried with all my heart” to serve the “People of God” entrusted to him, he said. “If I succeeded, blessed be God. If I failed you, I apologize.”

He said the “motives and reasons” for his resignation “are known by God and my superiors,” and added that he “acted in full awareness and freedom.”

“I wish we were all wrong,” he wrote.

He said that stepping down would give him “time for prayer, meditation, personal and continuous formation, so that, in due course, I will continue to give to the Church and to you the best of me.” Everyone deserves a time of “rest, formation and prayer,” he added.