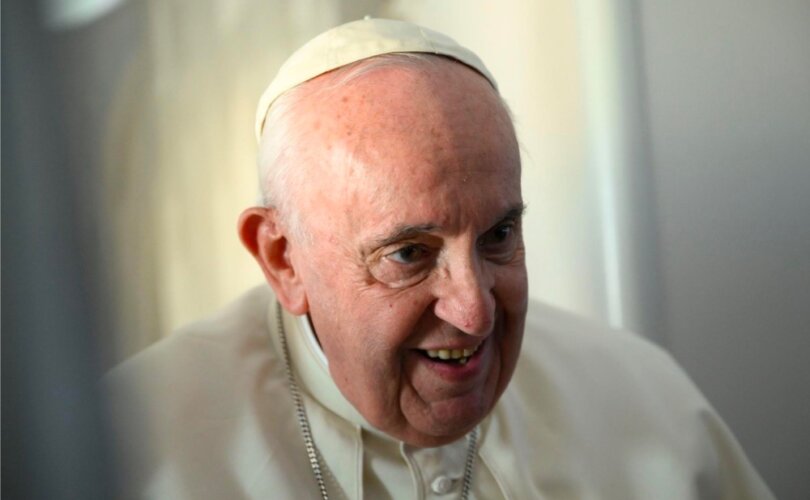 VATICAN CITY (LifeSiteNews) — In lieu of prayers, Pope Francis has once again asked non-believers to send him “good vibes,” a term with a dubious pagan connotation.

Speaking to members of the French organization Leaders Pour la Paix – which translates to “Leaders for Peace” in English – Francis asked the delegates Saturday “not to forget to pray” for him, adding that “if someone does not pray because he does not know how or cannot, at least send me ‘good vibes.’”

While the origin of the phrase “good vibes” – or “good vibrations” – is not entirely certain, data from Google Books show the term exploded in popularity during the onset of the occult “Spiritualist” movement of the 19th century.

One of the earliest uses of the phrase “good vibrations” comes from astrologer Frank Earl Ormsby’s 1983 text The Law and the Prophets, wherein the occult practitioner claims “celestial and earthly bodies” emit “vibrations.”

While paganism and other forms of non-Catholic worship and belief are condemned by the Church, this was not the first time Francis has asked those who reject Christ to send him “good vibes.”

In February, during his first-ever TV interview, Francis asked viewers to pray for him, also adding at the time, “And if some of you don’t pray because you don’t believe, don’t know how, or can’t, at least send me good thoughts, good vibes.”

Francis’ insistence on receiving “good vibes” seems to be in contradiction to the perennial teaching of the Catholic Church under the First Commandment’s dictate that “Thou shalt not have strange gods before me.”

As explained by the Roman Catechism of the Council of Trent: “Against this Commandment all those sin who have not faith, hope and charity. Such sinners are very numerous, for they include all who fall into heresy, who reject what holy mother the Church proposes for our belief, who give credit to dreams, fortune-telling, and such illusions.”