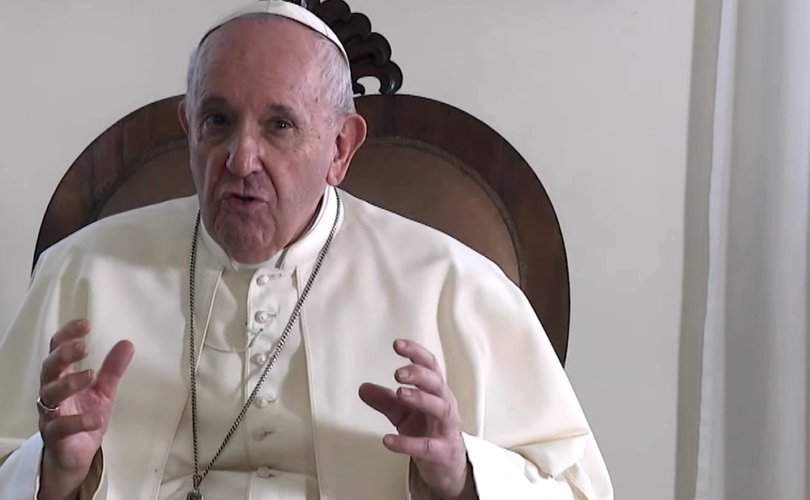 VATICAN CITY (LifeSiteNews) – Pope Francis has revealed that he will allow women to have a say in electing the world’s bishops for the first time, saying “things are opening up a bit.”

The Pontiff made the comments to Reuters on July 2, in an interview which is being released in segments. LifeSiteNews has already reported on the papal comments regarding the overturning of Roe v. Wade, Francis ruling out a possible papal resignation, and his defense of the controversial Vatican-China deal.

Now in the latest part of the interview released July 6, Francis outlined his view for expanding female leadership in the Vatican and in the worldwide Church.

“I am open to giving (women) an opportunity,” he told Reuters. “Two women will be appointed for the first time in the committee to elect bishops in the Congregation for Bishops.”

Vatican News provided a more full quotation from the Pope: “I am open for an opportunity to arise. Right now, the Governorate has a deputy governor… Now, two women will be going to the Congregation of Bishops, on the commission to elect bishops. In this way, things open up a little bit.”

Francis did not inform Reuters when the appointments would be made, nor whom he would be appointing.

The Congregation for Bishops is led by Cardinal Marc Ouellet, and members meet twice a month to discuss episcopal candidates. The committee votes on which clergy should be put forward as bishops before the Prefect presents the names to the Pope.

Francis’ comments come in light of his apostolic constitution Praedicate evangelium reforming the Roman Curia, which was released March 19 and was nine years in the making. The constitution opened up positions of governance in the various Curial departments to the laity, either men or women, and removing the traditional hierarchy of the various departments, now all known as Dicasteries.

Pope Francis has already appointed a number of women to important roles in the Roman Curia. Last year he appointed Sister Raffaella Petrini as secretary-general of the Vatican City state, the second most senior position, and the first women to hold the role.

Another woman also holding a high-ranking role in the Vatican is Sister Nathalie Becquart, appointed by Pope Francis last February to the position of under-secretary of the Synod of Bishops, an office previously only ever held by ordained men. The role gives her the right to vote at upcoming synods, the first time a woman has had the power to do so.

The three nuns are joined in the Vatican’s corridors of power by Dr. Raffaella Vincenti as office head, but not prefect, of the Vatican Apostolic Library and Prof. Antonella Sciarrone Alibrandi as a member of the Financial Information Authority board.

LifeSiteNews spoke to Thomistic theologian and liturgy scholar Dr. Peter Kwasniewski, who highlighted the “problem” with Pope Francis’ decision. Kwasniewski noted first that “there is no reason a woman could not have an opinion worth listening to when it comes to candidates for bishops,” and that “the opinion of a wise and spiritual woman, like a St. Catherine of Siena, would count for much more than a given man’s, no matter how high-ranking.”

“After all, let’s not forget that in the Middle Ages, there were abbesses who ruled over huge domains and sometimes over male monasteries too,” he said.

However, “the problem” with Francis’ decision is that it “is not really about giving women what they deserve to have, since no one has a ‘right’ to sit on any Vatican committee,” said Kwasniewski.

It is rather a purely political move, motivated by feminism, and likely to exacerbate the trouble by simply adding more of the Pope’s favorite sorts of liberals to the process. I see this as one more example of the Pope trying to play ‘catch up’ with the modern democratic world (or trying to impress the world with his “fairness” and “open-mindedness”), as if the values and assumptions of modernity are obviously true and applicable to the conduct of ecclesiastical affairs.

Referencing the current “selection of bishops” as “a huge problem in the Church, because our episcopacy in general (with a few shining exceptions) seems to be composed of a lot of spineless conformists to the zeitgeist, if not adamant proponents of it, not to mention the scourge of the lavender mafia,” Kwasniewski called for change.

“Adding women is not the solution,” he noted, “rather, having ordained men of orthodox faith selecting the bishops is what is needed.”

Francis also told Reuters that, under the terms of his new constitution, he had identified two departments which could be led by members of the laity in the near future. One was the Apostolic Library, currently led by Cardinal José Tolentino de Mendonça.

A new head of this Dicastery could be announced imminently with its Head of Office Monsignor Philippe Curbelié moved today to be Undersecretary of the Congregation (now Dicastery) for the Doctrine of the Faith. Both the Cardinal Prefects of the former Congregation for Catholic Education and the Pontifical Council for Culture are approaching retirement age.

#PopeFrancis has appointed Msgr. Philippe Curbelié as Undersecretary of the Congregation (now Dicastery) for the Doctrine of the Faith.
He was previously Head of Office for the Dicastery for Culture and Education. #Vatican

The Pope’s comments indicate another move on his part to open up roles to women which were formerly reserved only to ordained men. Already through his January 2021 motu proprio “Spiritus Domini,” Canon Law was changed to allow the liturgical institution of female lectors and acolytes, both of which are minor orders.

This was followed by the May 2021 apostolic letter “Antiquum ministerium,” which further drew on texts from Vatican II to establish the lay ministry of catechist for both men and women. In January 2022, Pope Francis appointed women to the liturgical ministries of catechist and lector for the first time.

Dr. Kwasniewski has been an outspoken critic of this motu proprio and the ensuing alteration of Canon Law; his case against female liturgical ministries of any kind has been thoroughly laid out in the book Ministers of Christ: Recovering the Roles of Clergy and Laity in an Age of Confusion (Sophia, 2021).