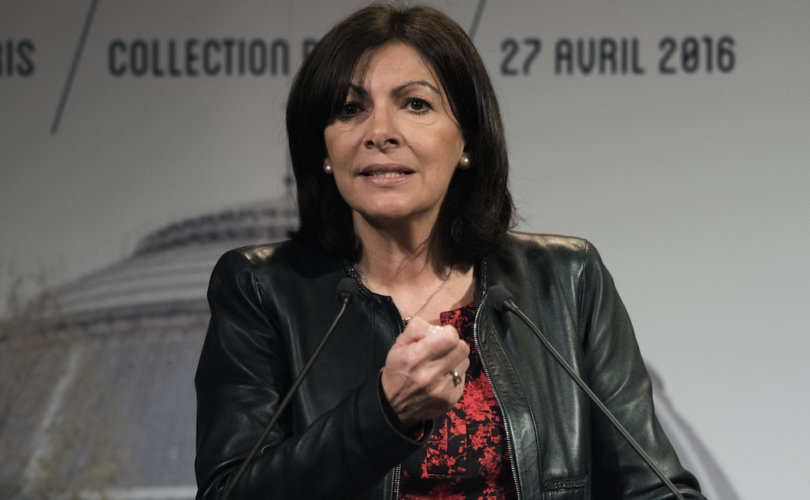 December 15, 2016 (LifeSiteNews) — Pope Francis has asked the atheist mayor of Paris, Anne Hidalgo, to send him “positive waves” as support for his pontificate in just the same way he asks for prayers from Catholics.

“I ask you in good faith to pray for me or to think of me and send me positive waves (onde positive),” Pope Francis said in the closing of his letter to Hidalgo, as Le Point reports.

Pope Francis signed the letter sent by his private secretary to thank Hidalgo and 70 other mayors from all over Europe for participating in a conference last week about aiding refugees, which was organized by the Pontifical Academy for Science and took place in the Vatican.

Hidalgo agreed to set up a new refugee camp in the capital of France to help the refugees pouring into Europe from various Middle Eastern countries. She unveiled her plans in the northern part of Paris, saying her country cannot stand by as the Mediterranean becomes a “graveyard” for migrants.

Pope Francis praised Hidalgo. “I want to thank you for the participation in the conference these two days, and I have closely followed your work. I know about your initiatives, your personal battles, and the obstacles you have overcome. That is why I wish to express my admiration and gratitude for your wise work and perseverance in favor of our refugee brothers and sisters.”

Hidalgo has been a member of the Socialist Party (PS) since 1994. Despite her Catholic upbringing, she lapsed from the faith and is now a confessed atheist.

Since Pope Francis appeared on the balcony of St. Peter’s Basilica on the day of his election, it has become a tradition to close speeches or conversations with a request that his audience pray for him for sustainment in his pontificate. The idea of “positive” and “negative” energy is esoteric in origin and is connected to the “life force,” a core teaching of the New Age movement. It is rooted further in the teaching of entelechy of Hans Driesch (1867-1941), who taught that such energy can control organic processes.