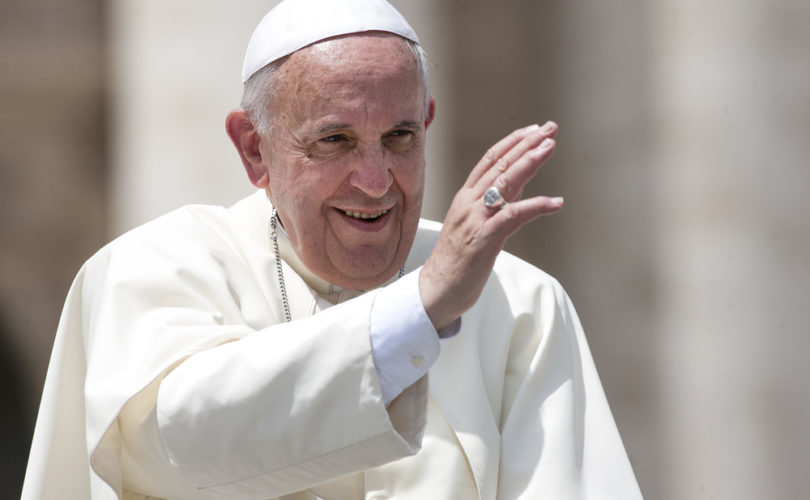 VATICAN CITY, September 1, 2015 (LifeSiteNews) – Pope Francis met last week with the leaders of Germany’s pro-life movement, giving them a warm sendoff  for the annual March for Life scheduled for Berlin on September 19.

“It is very, very important what you do,” he told the group at one point, wishing their march, “Good luck and God’s blessing.”

They presented the pope with a model of an embryo, which he blessed, and thanked them for it “joyfully,” according to Kath.net. They also gave him a copy of the poster produced for the event, which drew 6,000 to the country’s capital last year. He read the message on it, “Together for Life. Always,” with “obvious approval,” according to Kath.net, and said, “Yes, that we have to do, always.”

Dr. Kaminski gave the pope a copy of her book on euthanasia, There Is No Such Thing As Good Killing, co-written with Mechthild Loehr and Rainier Beckmann.

Lohmann is hoping for good attendance at the March this year from Germany’s bishops because they will be in Berlin anyway to adorn a new prelate. In his invitation he noted that because bishops usually say they are too busy to attend he has proposed providing the March dates 10 years in advance.

Though many of Germany’s bishops have faced strong criticism for advancing an agenda that undermines the Church’s teaching on the family and sexuality, particularly surrounding the Synod on the Family, they have also been publicly supportive of the March for Life. Even Cardinal Reinhard Marx, archbishop of Munich, has openly supported the event.